“We think we’re going to win,” said the mayor, who arrived in a black van with his wife and two granchildren.

Healy told reporters he thinks he will be able to end the contest tonight with a 50% plus one win over his challenger, Downtown Councilman Steve Fulop.

An animated retail politician, the mayor hit the hands of every poll worker in sight.

When the flaps of the voting booth parted and a woman appeared, Healy cracked, “I know you did the right thing,” before disappearing in the booth.

Outside the school, Fulop partisans staked out on one side of the block. Healy allies stood on the other side.

“One hundred feet,” someone in a Fulop cap named Cruz thundered, and the Healy people protested, then gave ground.

Healy jogged the length of the auditorium to slap more hands and receive more hugs.

“Thanks, fellas,” the mayor called to his troops before piling back into the van with his family and departing for headquarters on Oakland Avenue.

Healy sent his kids to school at St. Nicholas. The brick house he calls home stands a few doors down from the Catholic School in The Heights section of town.

It’s an old Jersey City ward defined by generational ties to the city and diversified by a heavy concentration of Latino voters and a scattering of Wall Street types.

Downtown, where challenger Steve Fulop lives, Fulop allies worked their base while enduring a rumbling van in their midst featuring the faces of the Healy Team and President Barack Obama, who backs Healy. “Even the commander in chief took time out from his busy day to endorse Mayor Healy,” cried the recorded voice of Councilwoman Viola Richardson, a Healy team member. 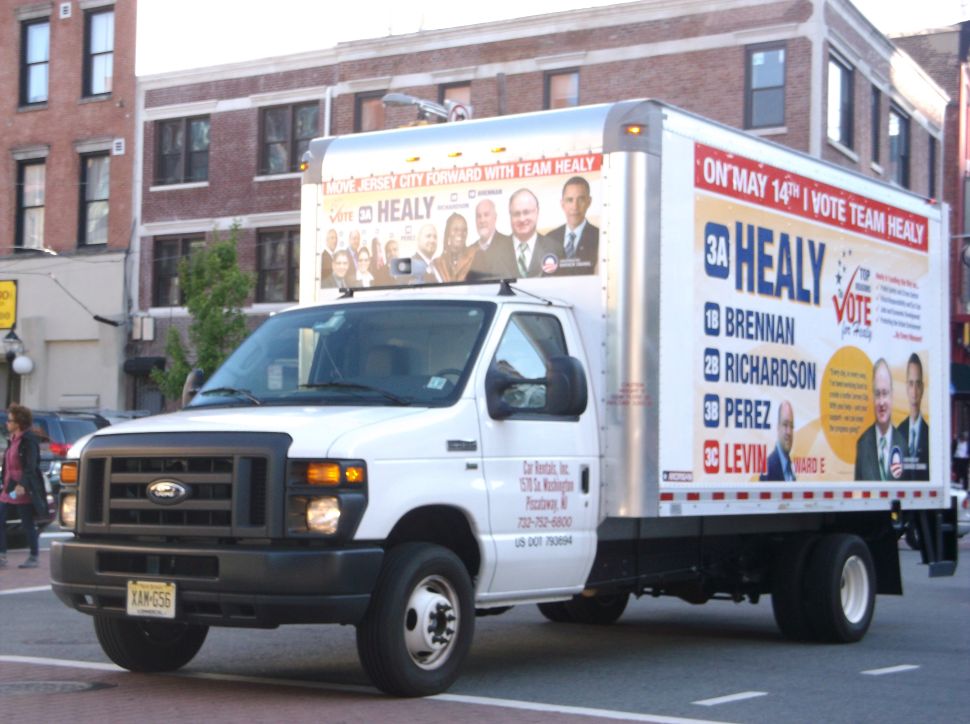