When former Congressman Anthony Weiner officially launched his mayoral bid yesterday, he took the unprecedented step of releasing an announcement video in the dark of night and only granting phone interviews with the media throughout the day. Some strongly speculated the strategy was designed to dampen the pun-filled tabloid reactions by entering the race after their print deadlines. If so, the plan worked–mostly.

Mr. Weiner was indeed kept off the front pages yesterday and today, but both the New York Post and Daily News managed to slip in some loud sideswipes. The News, in particular, seemed annoyed. On page 12, an insert read, “Here’s one for his scrapbook. Weiner’s midnight declaration prevented him from getting on the front page. Now for a ‘what if’ …”

What followed is the image above: “HE’S GOT SOME BALLS” with a photo of a shirtless Mr. Weiner. Their story on his press strategy was further entitled, “SHY WEINER Shrivels up, spends campaign day one at home.”

During his campaign stop in Harlem this morning, Mr. Weiner was shown the faux cover by a reporter. Asked how he responds to waking up to headlines like this, Mr. Weiner expressed disappointment. “Actually, they did not put that on their front page, did they?” he asked, changing his tone. “Did they?”

For its part, the Post published a spread with the one new photo involving Mr. Weiner they had yesterday–his spokeswoman bringing pizza to the crowd of reporters camped outside of his Park Avenue South apartment. “New candidate plays hide the Weiner — but springs for pizza,” a scathing Andrea Peyser column read, with the largest text reserved for “HOLD THE SAUSAGE.”

The tabloid also ran an item entitled, “Anthony getting his chain yanked.” The lead quote was Independence Party candidate Adolfo Carrión chuckling, “If he can penetrate the field, I’ll be ready for him in November.”

And although Ms. Peyser called on Mr. Weiner to “abandon your delusional hopes of becoming mayor,” the Post‘s editorial page actually gave him props for having a substantive campaign willing to take on the tough issues.

No such luck from the News, however, which put a policy-oriented op-ed from Mr. Weiner next to an editorial mocking “The nerve of perv.” 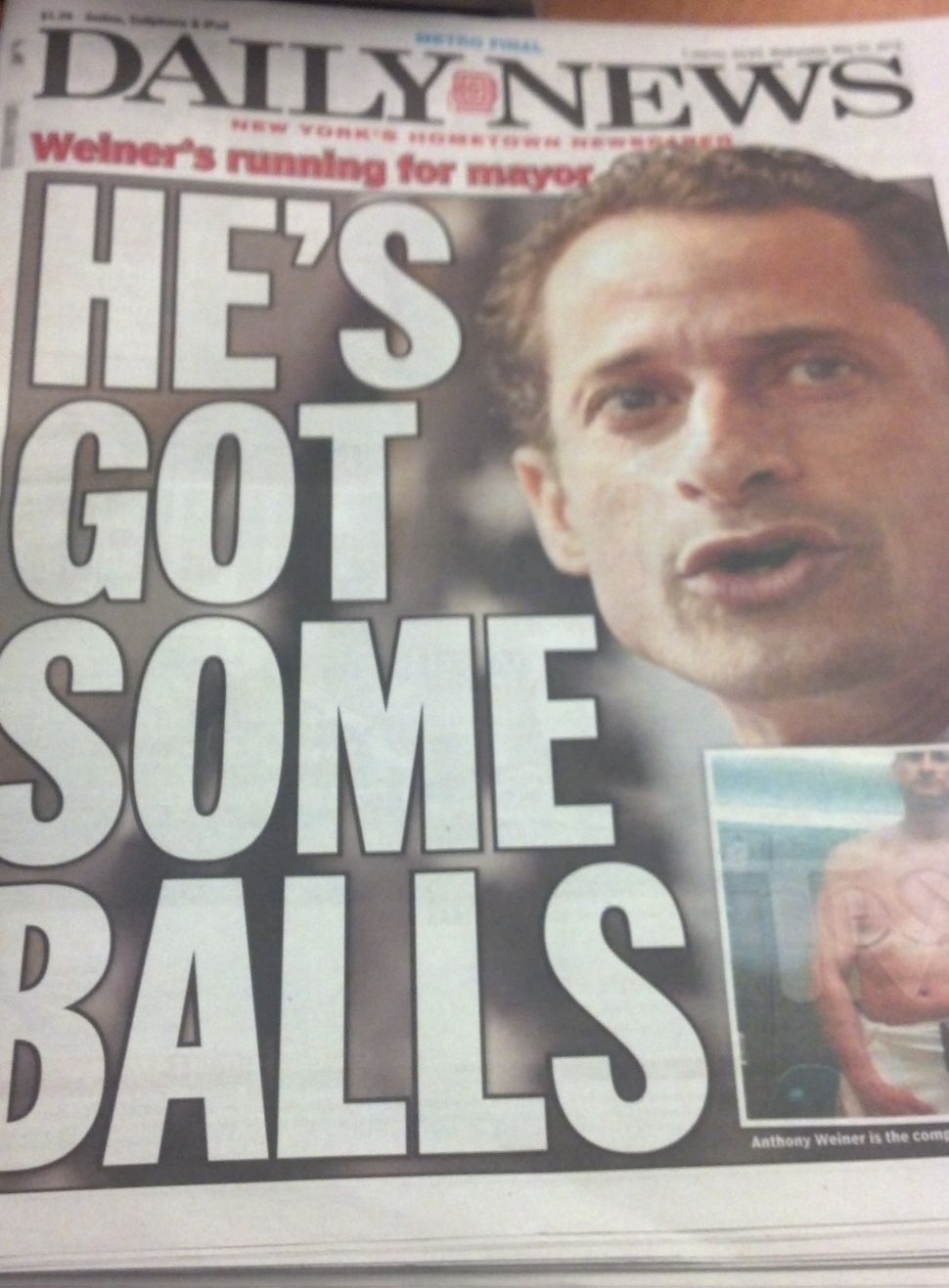