Quietly criticized by his own party members for standing with Republican Gov. Chris Christie for feel-good beach poses half a year after Christie incurred GOP ire for campaigning with the Democratic president in the days leading up to the November 2012 general election, Obama today also weathered a Sierra Club slap for favoring bipartisan slogans over a boardwalk mention of climate change.

One of three congressmen, along with U.S. Rep. Frank Pallone (D-6) and U.S. Rep. Donald Payne Jr. (D-10), to go to the Obama-Christie event and receive a presidential shout-out, Holt later managed to squeeze a dual message of climate change consciousness and responsible political stewardship into two short sentences.

“Disaster relief is a key responsibility of the federal government, and I’m grateful that the president continues to return to New Jersey to check on our progress after Hurricane Sandy,” said Holt.

So far, he agreed with the GOP governor. Then the congressman added his own take on a matter Christie won’t recognize: the impact of global warming on the weather that produced Hurricane Sandy.

“As climate change causes more and more floods, storms, and hurricanes, we’re going to have to find ways to rise above politics to prevent disasters when we can and to repair damages when we must,” Holt added. 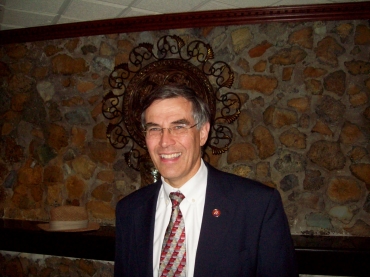