A group of scientists at the University of Colorado School of Medicine recently released the first comprehensive study of the microbiological makeup of the New York City subway system. Their finding? The air underground contains pretty much the same amount of human skin microbes (and other stuff) as the air outside.

The study is based on samples taken from various subway stations, including the Union Square and Bowling Green stations, at three different points in 2007 and 2008. According to a summary of the experiment, the similarity between outdoor and underground air particle makeup “indicates good air mixing, a testimony to the efficiency of the train pumping system.”

Approximately fice percent of RNA sequences analyzed correspond to human skin bacterial sequences. Most of the particles were fungi and bacteria, and while there was complex diversity at lower taxonomic levels, the major groups were “remarkably simple”—of about 100 known bacterial phyla, only four were found.

The report “identified few associations” in the bacterial diversity between subway stations and at different testing times—basically, there’s relatively no correlation between particle makeup at different stations or at different times of year, so you’re breathing pretty much the same air everywhere.

It might be kind of gross, but at least we know we’re taking in the same particles on crowded subway platforms as we are outside, right? Plus, we can all breathe easy because the study didn’t find any organisms that could be harmful to the public.

While this study doesn’t reveal anything shocking about the air we’re breathing underground, it does provide a clear account of “pre-event conditions”—in the case of a bioterrorist attack, these findings could help us determine air quality impacts, and can help monitor the changes due to recent subway flooding after Superstorm Sandy. 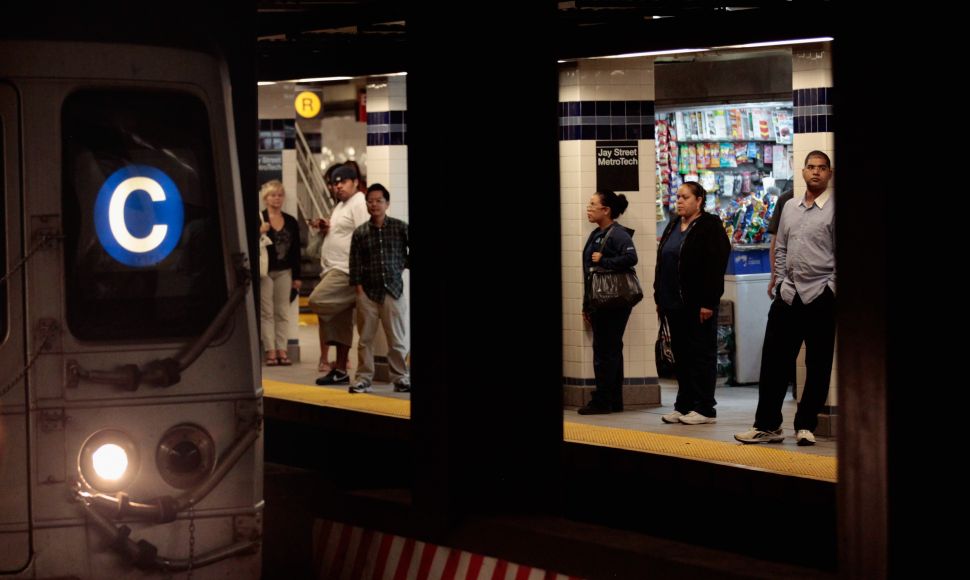