The governor touted the recent job figures that indicated 4,100 private-sector jobs helped edge the state’s unemployment rate to 8.7 percent – down from 9 percent the prior month. Christie shared the news with hundreds in Sayreville as the governor heads into a campaign against a presumptive Democratic opponent who has hammered him on the state’s higher than the national average jobless rate.

“The greatest social program in the world is a job,” Christie said. “What’s happening is the programs and policies that we put in place … are bringing us back.”

Hours ahead of the governor’s town hall meeting, his likely challenger issued a statement accusing the governor of focusing on New Jersey’s wealthiest residents, rather than middle-class families, as the state’s economy rebounds from the economic crash.

“Governor Christie’s economy boasts an unemployment rate that is a point above the national average, declining wages and 400,000 people still looking for work,” Sen. Barbara Buono said in a statement.

“For three years, his primary job creation program has been to subsidize corporations that move jobs within the state and prevent millionaires from paying their fair share,” she said. “It’s time for leadership that focuses on helping working and middle class families rather than New Jersey’s wealthiest one percent.”

Christie opened the town hall touting his announcement from earlier today that the state will use $300 million in federal dollars to buy out homes in flood-pronged areas.

He told residents the money will be used to buy blocks of houses from homeowners willing to sell their properties. He advised homeowners to “get together as a neighborhood” if they want to sell their homes. 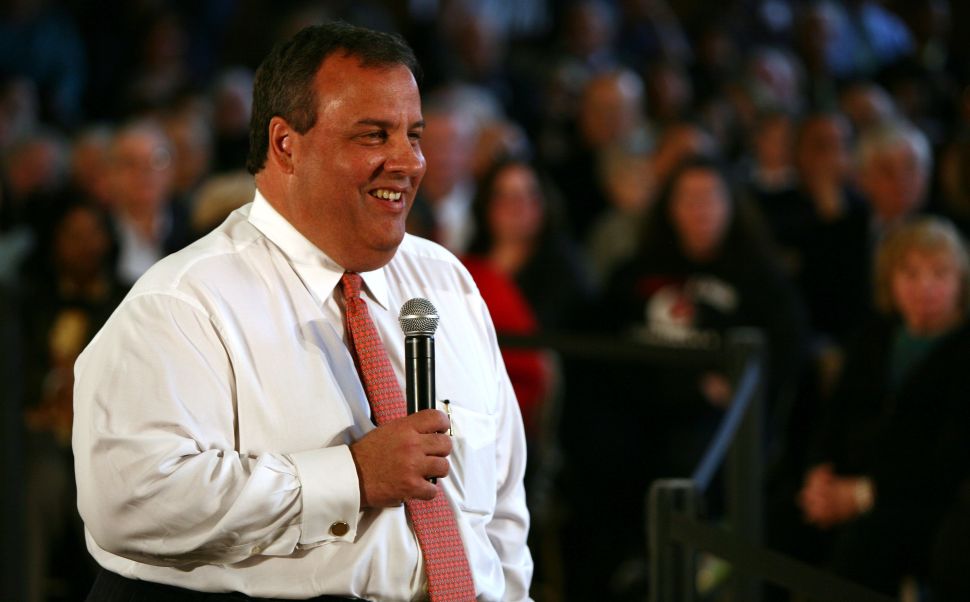