PATERSON – Mayor Jeff Jones said if state Sen. Barbara Buono (D-18) tears up the script she would have more than just a crack at beating Gov. Chris Christie.

As Christie worked the hands of residents at a successful press event, Jones stood amid the folding television gear and dispersing crowd on the fourth floor of the Turning Point drug rehab center.

Buono’s challenging Christie and today had two reporters – maybe three or maybe that was simply Christie’s camera man – poised on the pavement for her press conference in Union County, compared to a flashbulb pulsing army around Christie this afternoon.

A renegade who won his 2010 election with less than $100,000 against an incumbent juggernaut, Jones said Buono has to forget about appealing to the machinery of the Democratic Party.

“She’s got to run a campaign that appeals directly to women,” said the mayor. “If First Lady Michelle Obama and Jill Biden saw that and got involved, it’s a knockout.”

The mayor has met with Buono twice, he said, and heard her speak. He likes her strength, he said. “She has the position and she will get stronger as time goes by,” the mayor said. “She has a lot of potential.”

He’s staying out of it for now.

“Both candidates have to create an impactful urban mission,” the rogue Democrat said of Buono and Christie.

He wouldn’t give Buono credit for her stand on the gun issue. A former Marine, Jones said he’s observed the killing spates in misery as others have – but also sees something. “These are not reckless shooting sprees where people are holding the guns and just spraying away,” he said. “They are more in the retaliatory construct.”

Given how these killings occur, Jones said he’s unwilling to back legislation that cuts the magazine size from 15 to ten. 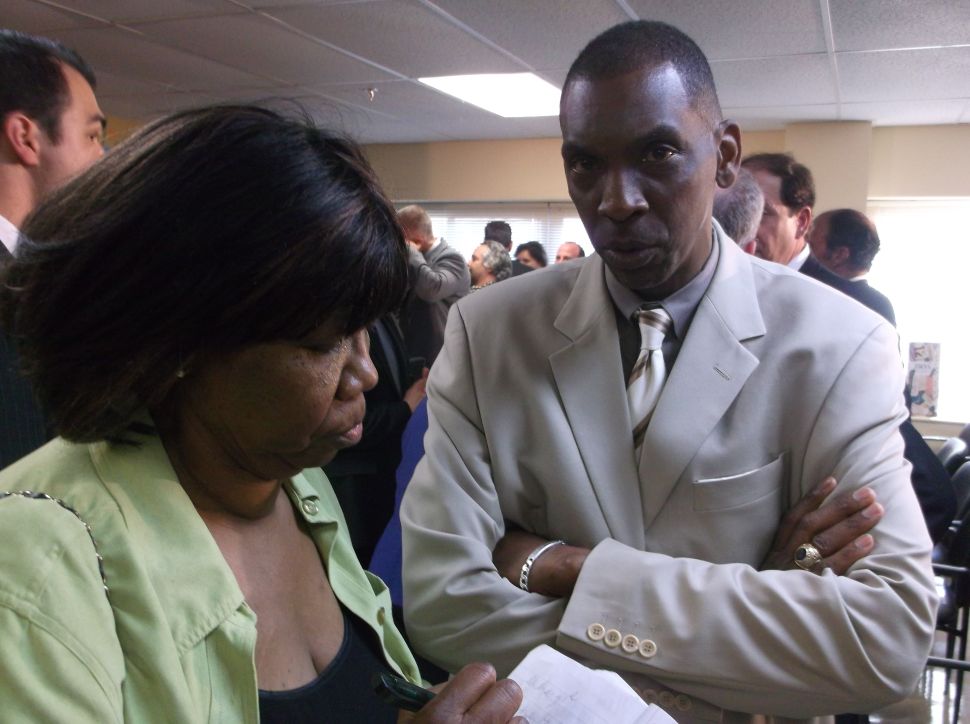