With a week and a day to go until Election Day, the Jersey City mayor’s race has collapsed into protests and counter protests downtown.

A misplaced modifier could topple one side or the other at this point.

Mayor Jerry Healy’s comments to a Star-Ledger columnist brought Fulop’s Latino allies out with a vengeance, prompting Hispanics for Healy to rush to the reeling mayor’s aid.

“Adela Rohena, Richard Boggiano and Nidia Lopez all have an obligation to Ward C voters to fight against any possibility of voter fraud and voter suppression,” said Chevres. “I wish I could say I’m shocked to hear Fulop has done something outside the letter of the law and put themselves above the will of Jersey City voters, but that would simply not be true. Fulop has always put himself above the community he claims he wants to serve – whether it is this scheme to have votes sent to the wrong place, steering Board of Ed contracts to his top contributors at taxpayer expense or publicly supporting tax breaks for his rich Goldman Sachs friends while voting against tax breaks for Goya – a company that provides jobs for hard-working families throughout Jersey City.  My opponents in next week’s election need to stand with me in denouncing the Fulop campaign’s heinous voter suppression tactics, and they need to do it today.”

“Whether it is insulting the Hispanic community or The Star Ledger editorial calling the Healy administration ‘thoroughly corrupt’ it is very clear that Healy is going down for the count,” said Fulop Campaign Spokesman Bruno Tedeschi. “Voter suppression makes absolutely no sense as everyone who understands Jersey City knows that the Fulop campaign needs high voter turnout to win. Once again the Healy campaign is losing credibility by the minute.” 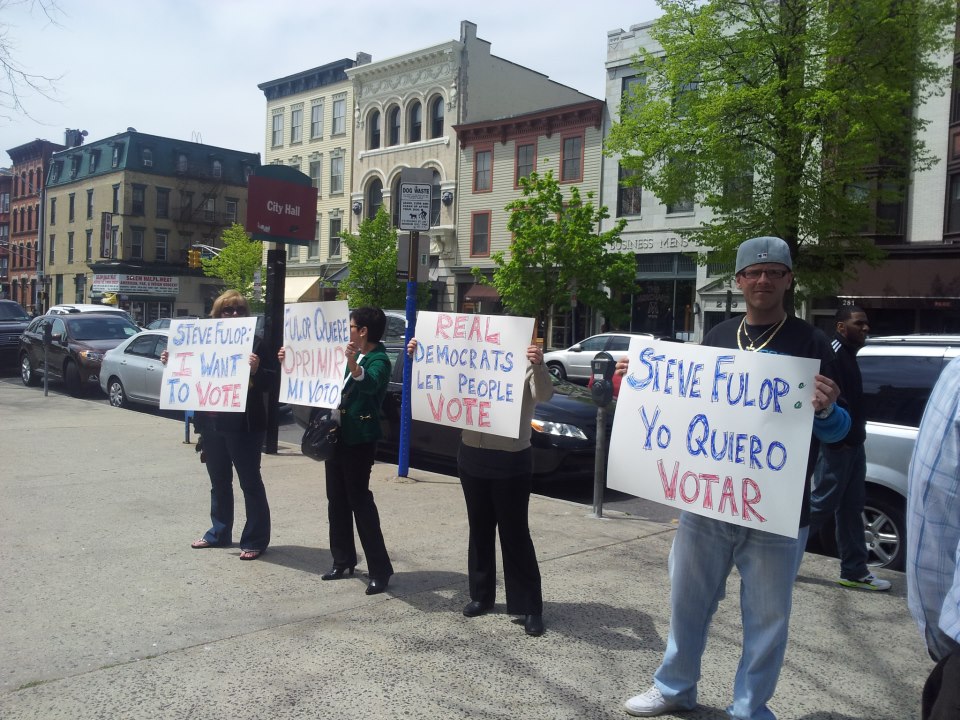