Jersey City Mayor Jerry Healy today filed a lawsuit to stop what he says is collusion between his opponent and an outside PAC.

According to the suit, Councilman Steve Fulop is colluding with Better Education for New Jersey Kids, a group concerned with school reform, which is against the laws governing campaign finance.

“Fulop’s ties to B4K run deep, and he is allowing them to attempt to buy the election for him, so together they can privatize Jersey City’s schools,” said Healy Campaign Manager Dave Parano.

“Better education for New Jersey  Kids views these baseless claims as a desperate attempt to distract the voters of Jersey City away from the real issues of the campaign,” Lilley said. “We support Steven Fulop to become the next mayor because we believe he is the right candidate to reform the public school system of Jersey City.”

A spokesman for the Fulop campaign also dismissed the suit as desperation time for the Healy camp.

“Filing frivolous lawsuits is what desperate politicians do when the Star Ledger and the Jersey Journal join the chorus of boos with the general public on their rampant corruption and buffoonery,” said Fulop spokesman Bruno Tedeschi. 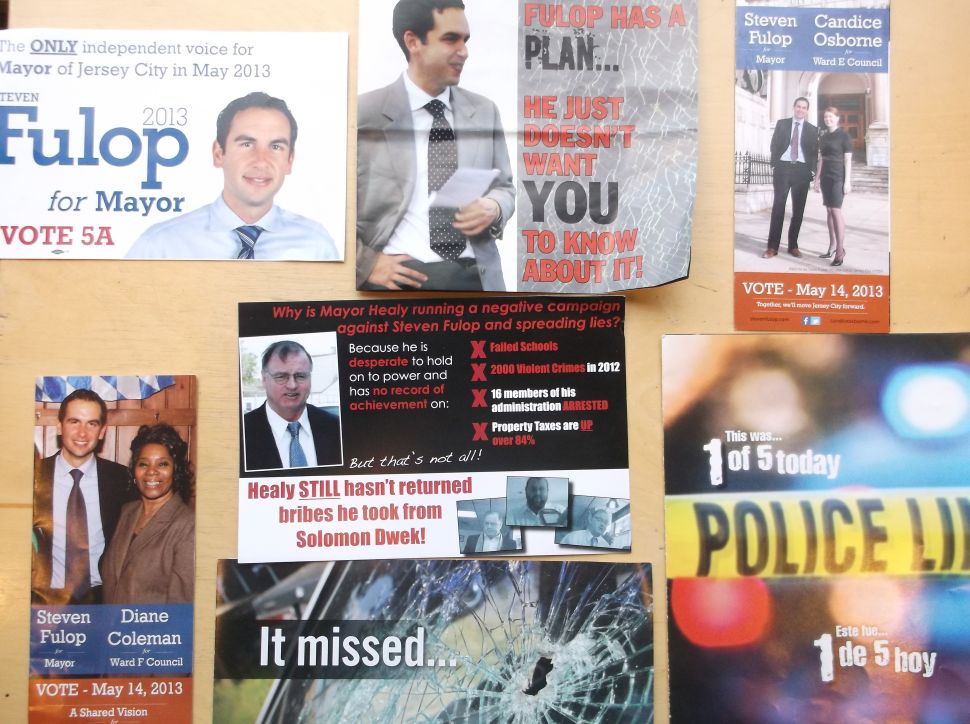