A mailer blitzed challenger Donna Obe for being delinquent with her property taxes since 2004 and over $6,000 in arrears.

The president of the Roselle Board of Education has amassed over $4,300 in interest charges.

The opposition took it as a sign of the incumbent’s weakness, although Lesniak denied that his campaign originated the piece.

The mailer was actually paid for by the Washington, D.C.-based Fund for Jobs, Growth and Security.

“We knew he was going to go negative because people are annoyed with a guy who’s a multimillionaire pretending to be representing the middle class,” said Rafael Fajardo, Obe’s political ally. “They are in desperation mode.”

Lesniak said the mailer did not come from his campaign.

Sustained by the political arm of the Elizabeth Board of Education, Obe’s forces will defend the candidate in a newspaper insert that goes out to voters over the weekend.

“I’m a widow, please feel my pain,” is the message.

Lesniak’s opponent ran a straight-out negative campaign against the incumbent from the beginning of the season.

An employee of CitiBank, Obe has argued that Lesniak, one half of one of the most powerful law firms in the state, has lost touch with the district and cuts development deals instead of serving the public. 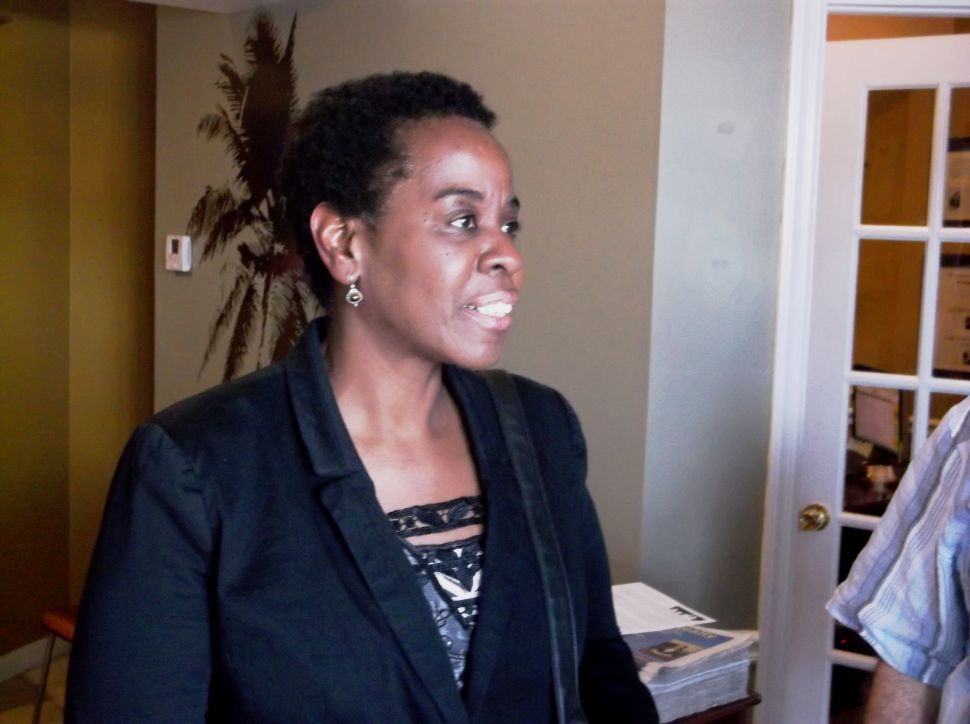