New Jersey’s Bob Menendez nearly tops the list of U.S. senators who received the most out-of-state cash in the run-up to the last election, according to a report by a government watchdog group.

The federal lawmaker ranks No. 2 on the Center for Responsive Politics’ top ten list of Senate candidates who received the largest amount of cash in the last election cycle from constituents they don’t represent.

According to OpenSecrets.org, Menendez took in nearly $7.4 million from out-of-state donors. The figure represents nearly 55 percent of the money raised during his campaign, meaning the majority of the Garden State Democrat’s campaign dollars came from out-of-state constituents, according to the report.

Menendez, chairman of the Senate Foreign Relations Committee, was one of 66 senators and House members the group says received more than 50 percent of campaign funds from donors living outside of their state lines.

OpenSecrets.org noted Menendez and the next senator down its list to receive the most cash are both powerful lawmakers in the upper chamber.

In March, it was reported Menendez is being investigated over ties to Melgan. 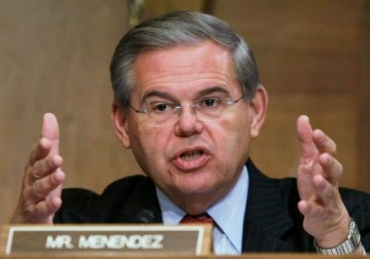