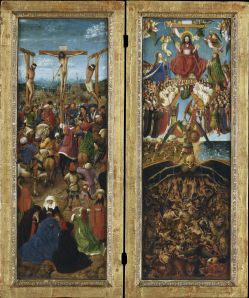 The treasures have returned.

Today the Met officially reopened its European art galleries, the 45 rooms that sit atop its grand staircase, after three years of planning and nine months of rolling renovations and reinstallation. Twelve galleries once used for special exhibitions have been commandeered for the permanent collection, enlarging the galleries by a full third. You should pay them a visit.

Filling the immaculate spaces are some 750 paintings—”all off the wall, all looked at, all dusted,” an ebullient Keith Christiansen told a crowd of journalists in one of the opening galleries this morning.

Dr. Christiansen is the Met’s John Pope-Hennessy Chairman of European Paintings, and has been at the museum for 35 years. This is the first full-scale reinstallation he has witnessed. The previous one was in 1972. The last renovation predates him by two more decades.

The new galleries are gorgeous but not showy—the light, labeling and wall colors are better, and the layouts are smoother, allowing easy rambles through the centuries in various regions of the continent. Wandering through means enjoying just about every pleasure that Western fine-art painting came up with from the mid 13th century up to the start of the 19th. And then there are the refurbished rooms devoted to Velázquez, Goya, Rembrandt and—yes—Vermeer and their contemporaries, which are pretty much guaranteed to bowl you over. 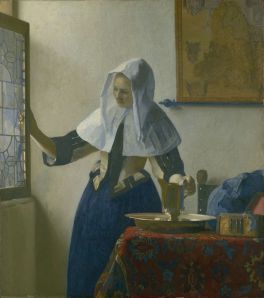 The Vermeer room is unprecedented. This is the first time that the Met’s five paintings by the Sphinx of Delft have hung together there. “It’s sensational,” Mr. Christiansen said. “No other museum in the world could do what we have done in this museum. Five pictures.” Only about 36 by Vermeer exist today, depending on how you’re assigning attributions.

The curator counted them off on his fingers: there’s a dark and moody early Vermeer—A Maid Asleep, (ca. 1656–57), which has previously resided with the Altman Collection of Dutch painting, one of the artist’s only two late allegories, Allegory of the Catholic Faith (ca. 1670–72), one of only two of his idealized heads, Study of a Young Woman (ca. 1665–67) and two more classics.

“No other museum—not the Rijksmuseum, not the Kunsthistorisches, not the Louvre, not the National Gallery in London—no other museum in the world can tell the story of Vermeer in this way,” he said. “Not one was purchased. Each picture came from a different private collector.” Speaking of loans, the museum has brought in 22 of them from private collections—future gifts, the museum no doubt hopes—to accompany the collection for six to 12 months. Even the most seasoned veterans of the collection will stumble upon surprises. 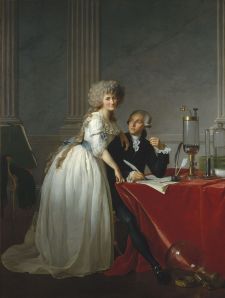 After spending so many years with the collection, Dr. Christiansen said, one can begin to feel like the work is one’s own. We develop personal relationships with the things we love. He recalled a story about Cardinal Mazarin, the mid-17th-century chief minister to French monarchs Louis XIII and XIV.

“Close to death,” he said, “realizing that he was going to be separated from those works of art that had meant so much to him—there is an account of somebody who was a witness at that time of him walking through the gallery saying goodbye to his favorite paintings.” There was a long silence in the room. “I’m feeling the opposite, walking around the gallery saying hello to old, old friends.”

You, of course, are invited to do the same. All sorts are waiting. They have never looked better.

(All images courtesy the Metropolitan Museum of Art)