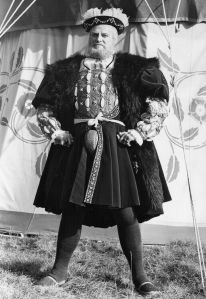 The British art collection of Valerie Eliot, T. S. Eliot’s widow, will be sold at Christie’s, and is expected to take in $7.6 million. [AP]

Lydia Lunch of Teenage Jesus and the Jerks has a new cookbook. She is also not such a fan of New York these days. [Noisey]

Roberta Smith reviews 101 Spring, the home of Donald Judd that will reopen as a museum on Monday, and recalls meeting him as a college student in the late 1960s and later working for him. [NYT]

Museum workers in the U.K. are on strike. [The Independent]

Prince Harry banner is removed from Jeremy Deller’s British Pavilion at the Venice Biennale. [The Guardian]

Henry VIII’s warship, the Mary Rose, gets its own museum. [The Art Newspaper]