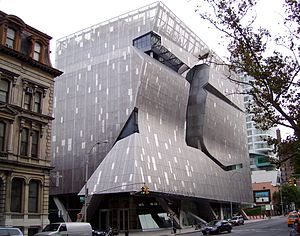 Felix Salmon on “the tragedy of Cooper Union.” [Reuters]

“A collector of Old Masters says that a painting he bought from Sotheby’s in 2004 is now worthless because it was once owned by the war criminal Hermann Goering and might have been looted by the Nazis, according to a lawsuit filed in California on 21 March.” [The Art Newspaper]

“Changes are subtle yet magisterial.” Lance Esplund on the renovated European galleries at the Met. [Bloomberg]

Have you heard of this Bleecker Street Arts Club thing? I sort of have. At any rate, here’s a WSJ story about it. [WSJ]

Final section of the High Line will be free after all. [ArtsBeat]