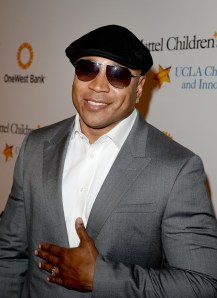 Here is a profile of artist Ellen Gallagher. [The Guardian]

A house painter is accused of stealing a Picasso etching from a Long Island home. [WSJ]

Here’s an interview with Betty Woodman, who just opened a show at Salon 94. [WSJ]

“The heirs of Richard Semmel, a Jewish industrialist persecuted by the Nazis, said they’re ‘outraged’ by a Dutch government panel’s decision to reject their claim for two Old Masters on the grounds that the works are more important to the museums which house them now than they are to the heirs.” [Bloomberg]

In case you missed, it here’s Dan Duray’s report from the sale, which featured LL Cool J in a skybox. [GNY]

Martin Gayford looks at the very international cast of artists nominated for the Turner. [Bloomberg]

Colgate University will give more than 100 pieces made by Aboriginal children living in settlement camps in the middle of the 20th century to Curtin University in Perth Australia today. [NYT]

The U.S. has returned a fossil of a Tyrannosaurus bataar to Mongolia, from which it was smuggled. Convicted fossil dealer Eric Propoki faces 17 years in prison and a $250,000 fine for dealing in the work. [Time]

Get pumped for the Whitney’s Stewart Uoo and Jana Euler show with this November 2012 article about Ms. Euler’s art by Isabelle Graw. [Artforum]