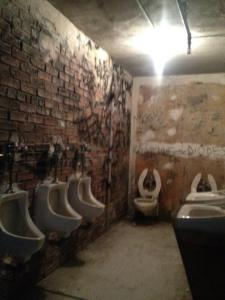 People were smoking in the Met at the Costume Institute gala! Call the police! [NYT]

“An artist from the Czech Republic has received £20,000 for winning a self-portrait competition.” [BBC]

Here’s a Paul McCarthy being installed in the rain at Frieze. [NYT]

Liz Glynn made a speakeasy in the Frieze tent. [The Art Newspaper]

Already 89 percent of the way to its capital fundraising goal of $555 million with three years to go before it opens its massive Snøhetta–designed expansion, SFMOMA has raised the bar 11 percent, to $610 million. Part of the campaign includes a $5 million challenge grant that aims to build a $10 million endowment make admission free for visitors under 18. [SFMOMA]

Jonathan Jones reveals that he watches Ray Harryhausen’s “cinematic masterpiece Jason and the Argonauts” regularly, and that the special-effects guru was “the 20th century’s answer to artists such as Piero di Cosimo, JMW Turner and Gustave Moreau.” [The Guardian]