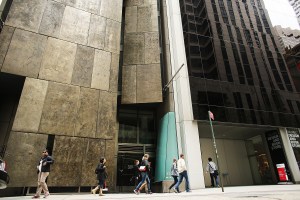 “A real-estate developer who collects contemporary art is building a new fine-art storage facility in Queens to rival spaces such as Christie’s Brooklyn storage facility, where art was damaged by flooding during superstorm Sandy.” [WSJ]

MoMA considers not tearing down the Folk Art building. [NYT]

The Met is preparing to unveil its newly renovated European painting galleries later this month. [NYT]

The Getty has snapped up paintings by Rembrandt and Canaletto. [LAT]

Chris Burden will have a retrospective at the New Museum. [The Art Newspaper]