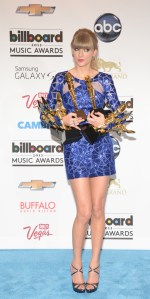 “A political majority in Oslo struck a deal Tuesday to build a new museum for the iconic “The Scream” and 27,000 other works by world-renown painterEdvard Munch, ending years of political battles over costs and location, but an opposition party warned about rising city debts.” [WSJ]

Kim Gordon is in this week’s New Yorker. [TNY]

Taylor Swift as Andreas Gursky, and the rise of the Ghetto Gursky. [Greg.org]

James Franco will have a solo show at London’s Pace Gallery in June, “hosted” by Douglas Gordon. [The Art Newspaper]

In case you missed it: Jimmy Kimmel pretended he was the one who bought the John Currin Bea Arthur nude. [Gawker]