Congressman Hakeem Jeffries represents much of indicted State Sen. John Sampson‘s district so Politicker asked him about the situation yesterday. “It’s an unfortunate set of circumstances that has developed over the last several weeks with the constant parade of indictments that we’re witnessing. There’re people in the district that are disappointed,” he replied while maintaining that Mr. Sampson is innocent until proven guilty.

“I’m going to make news tonight,” mayoral hopeful Joe Lhota said on AM 970 yesterday when asked if he’d ban horse carriages in Central Park. “Quite honestly, there are ways to do this without horses. You can have carriages with motors in it if you want … The smell that they drop there, is unfortunate. The smell on Central Park South is also unfortunate … I will get rid of the horses.”

Mighter Governor Eliot Spitzer run for office again? At a Monday night dinner Mr. Spitzer was reportedly overheard telling a guest, “If I do run for something, it would have to be something that would show I’m willing to work my way back up.” Former South Carolina Governor Mark Sanford successfully subscribed to this philosophy last night.

“The problem with doing numeric things is that they’re deceptive,” former Congressman Anthony Weiner told the Wall Street Journal yesterday, after his legislative record was tallied and found lackluster. “You’ll just have to wait for that, won’t you?” he said when asked what his mayoral bid might highlight. “What I’ll highlight in a campaign that I haven’t announced yet? You’ll report it when it happens, won’t you?”

Mayor Michael Bloomberg‘s administration likes secrecy. Indeed, they won’t discuss how much time they spend fighting Freedom of Information requests without another Freedom of Information request forcing them to: “Was there some principle at stake in keeping even those basic facts secret? No reply.” About 10 percent of requests are ignored outright.

After Mr. Bloomberg joked that he had a 50 percent chance of seeing the Second Ave. subway open before he dies, MTA spokesman Adam Lisberg issued this cheeky statement yesterday: “We hope and fully expect Mayor Bloomberg will live a long and healthy life, which means that he can celebrate his 75th birthday by taking a ride on the Second Ave. subway.” 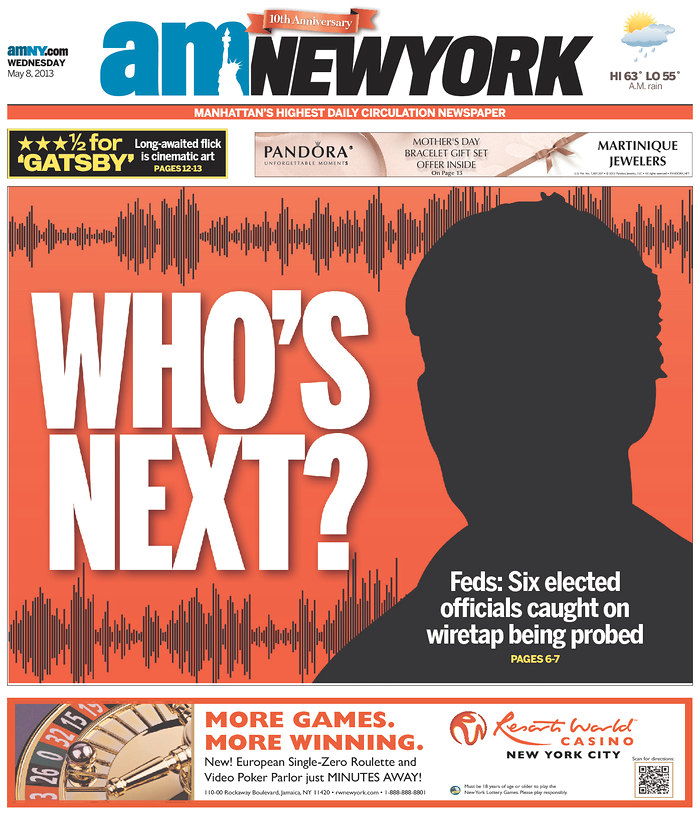