I can’t quite explain how it happened, but last night I found myself performing in my underwear for Meryl Streep.

Well, I can explain part of it—the part that wasn’t the direct result of the Gods of Off-Off-Broadway Theater.

My good friend Hanah Fazio wrote a play called “The Miss Woman Pageant 2013,” which was accepted into the Manhattan Repertory Theatre’s Spring One-Act Competition. Hanah invited me and two of our actor friends to perform in her show (fun fact about me: I was a theater major in college before I decided journalism was a more stable career path—what was I thinking? But I digress. Back to stripping for Meryl).

The play is a satirical beauty pageant in which a cringingly sexist emcee puts three female contestants through three increasingly degrading rounds of pageantry. There’s a round of Q&A (“Contestant Number Two, what do you think it means to be a woman?”), a talent portion (wherein I perform a lip-synch to “Zou Bisou Bisou” á la Mad Men’s Megan Draper), and, finally, an “underpants round,” in which the contestants appear on stage in their underwear and beg the audience to tell them they’re pretty. The curtain comes down on a clothes-less heap of young women.

Tuesday was opening night. We pulled on our tacky pageant dresses and applied our gaudy make-up in a makeshift dressing room in the tiny, one-room theater. We were hardly nervous—the theater only seated 40 people, and from the sounds of applause we heard from backstage, it was clear that the audience was only a quarter full.

The musical stylings of the “POT LEDOM” song from America’s Next Top Model cued our grand entrance. We strutted onstage in our ill-fitting, flashy gowns. We cranked out our ridiculous poses. We pursed our lips in the most glorious of duck-faces. We stared out at the audience.

I saw Mamie Gummer first, in the center of the second row. My knees wobbled in my already unsteady heels. Through the haze of the stage lights I could see there was an older, blond woman next to her—a stealthy glance leftward confirmed my prediction. It was Meryl Streep—brilliant, beautiful, Oscar winning, incomparable Meryl Streep. She was ten feet away from me. She was smiling. But seriously, you guys—Meryl Streep!

A fantasy flashed before my eyes wherein Meryl—I consider us to be on first-name basis now—would approach me after the show and tell me I was just perfect for her next Hollywood blockbuster project. Then she would whisk me away to a red carpet somewhere and I’d become super famous and next thing I’d know, I’d be thanking her in my Academy Award acceptance speech. Jordyn, I told myself, this needs to be the greatest performance of your life.

Of course, it wasn’t. My nerves made me stumble over the lines in my opening monologue. Brittany threw a prop off-stage and knocked over a pile of stepping stools. Victoria tripped over Brittany’s gown and fell; her leg was bleeding for the rest of the play. But despite the setbacks, we were putting on a half-decent performance: My girl Meryl was relaxed in her chair and laughing out loud.

“I loved, loved, loved the girl play,” Meryl Streep told us after the play. We all drooled. “It’s true. It’s so fucking true.”

Then she gave us a thumbs-up, winked, and disappeared around the corner. Our mouths were agape. Our lives were made. I think Hanah almost cried. I vowed never to change my underwear again. 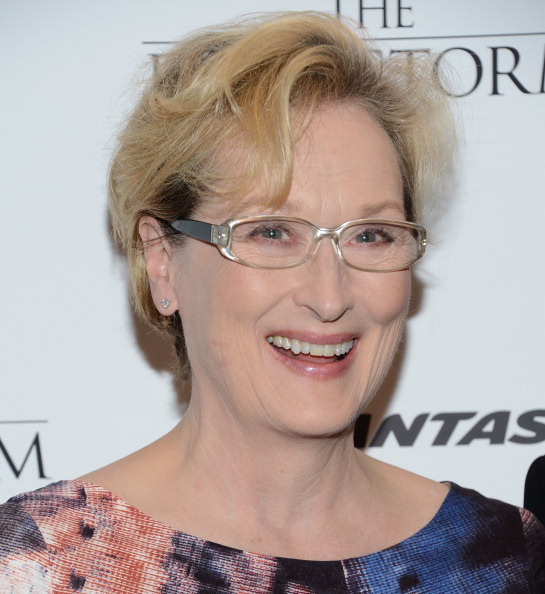