A new poll out today has Gov. Chris Christie outpacing his presumptive opponent, state Sen. Barbara Buono, more than two to one with six months to go before Election Day.

Republicans are nearly uniformly behind Christie, with 94 percent supporting the governor, while Buono does not fair nearly as well among Democrats.  Just 51 percent of Democrats polled back Buono.

Surprisingly, a majority of women — 56% — support Christie compared with 32% for Buono, while among men, 66% are for Christie while 24% support Buono.

Even some backers of President Obama in last fall’s presidential contest support Christie’s re-election bid, with 42 percent saying they will vote for the Republican governor.  Less than half – 46 percent – say they will vote for Buono.

Among registered voters, 69 percent favor the job Christie is doing against 24 percent who disapprove.

But despite his popularity among the New Jersey electorate, a majority – 55 percent – say he should not run for president against 34 percent who believe he should jump into the 2016 contest. 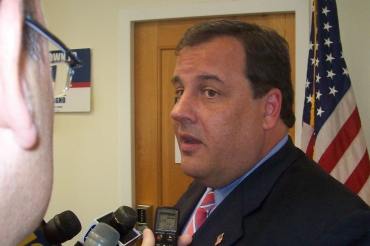