New York City wasn’t the only thing that got screwed during Hurricane Sandy.

Evidently some New Yorkers who were lucky enough to hunker down with a sweetheart as Sandy ravaged the East Coast will be welcoming their “storm babies” to the world in a few short months.

“We were content with two children; three was not in the plan,” Meaghan B Murphy, deputy editor of Self magazine, told the New York Times. “But with no power, no TV, no lights, there was not much else to do. And my husband is so handsome, I couldn’t resist.”

A trip to the bodega for a box of condoms was out of the question, naturally. (Do they even work without electricity?!)

Officials at local hospitals are expecting a 10 to 30 percent increase in summer births thanks to what the Times has dubbed “Sandy Syndrome,” although there is little statistical evidence that ties a rise in birth rates to major storms or power outages.

Dr. Jacques Mortiz of St Luke’s Roosevelt Hospital Center said, “There’s definitely an uptick. This is just old basic physiology. There’s no Internet and no cable. What else is there to do?”

While some New Yorkers traded sex for gasoline in the days after the storm, and one Brooklyn woman chronicled a series of rapid-fire extra-marital escapades impeded by Sandy’s fallout, at least the couples responsible for the surge of storm babies kept it classy.

Needless to say, Sandy came and went with a bang. 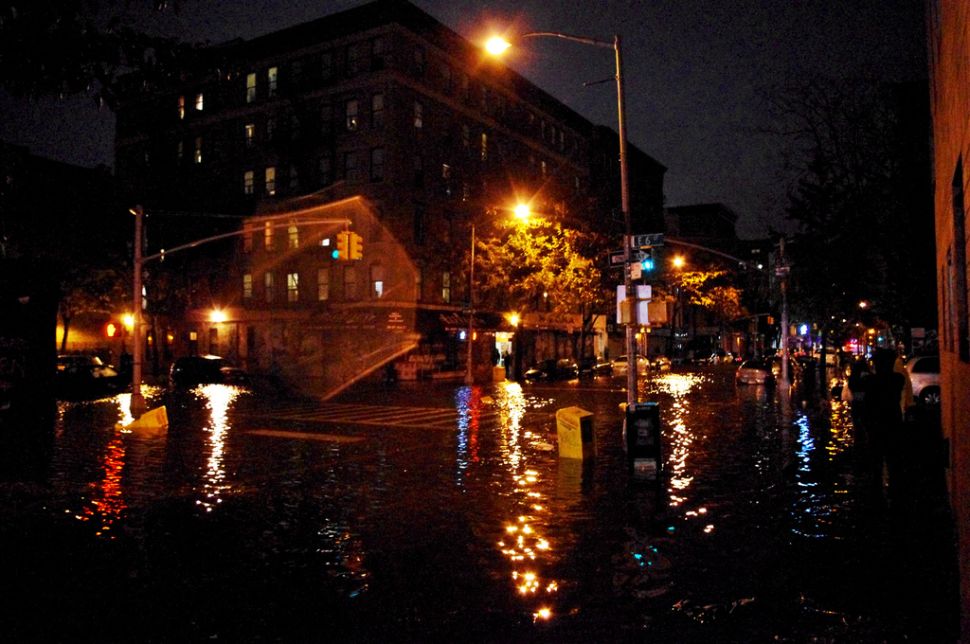