There’s something in the … tower?

Not content with the thousands of bars, restaurants and liquor stores populating New York City, some thirsty folk are trespassing to get their fix.

The Atlantic reports on the Wanderlust project, a group that organizes excursions in interesting and illegal locales. Their latest expedition? Inside a tower in Chelsea.

The speakeasy, nicknamed the Night Heron, served more than 700 people between March and May, adorning the sky-high saloon with nothing but candles, wooden chairs and tables. Attendees secured entry by flashing a pocket watch, procured as a gift by a previous invitee. Then, adventurous alcohol aficionados climbed through a series of obstacles, including 12 flights of stairs and a 20-foot ladder. (High heels were discouraged.)

According to the group, the crowd was a wide range of people from struggling artists to hedge fund managers—not hipsters. “The hipster quotient was very low,” N.D. Austin, the production’s organizer insisted to The Atlantic. Ed Norton and Neil Gaimon were reportedly among the throngs.

Drinkers were asked to refrain from using cell phones or taking videos of the events, but luckily, the Night Heron did take a few snaps before they were shut down. 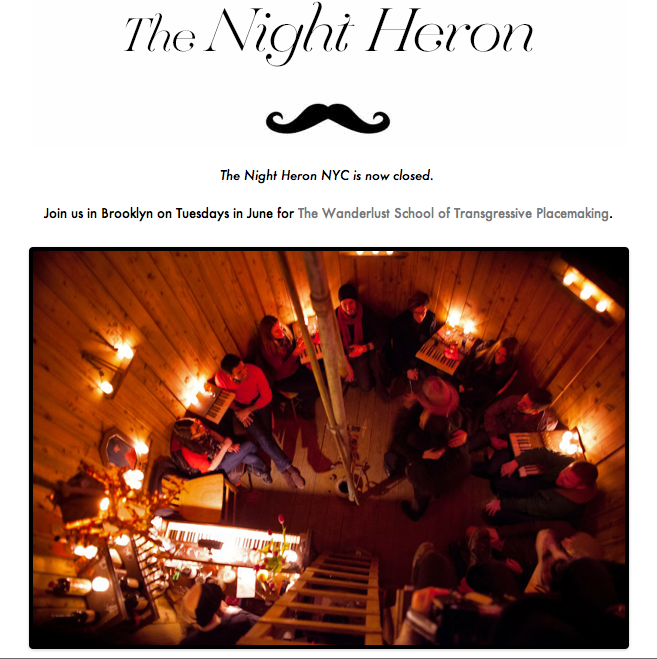