There’s a scandalous new measurement controversy sweeping the NYC beverage world, and this time, we can’t even blame Bloomberg.

According to the weights and measures sticklers over at The New York Post, a number of city bars are shortchanging customers by serving pints in twelve to fourteen ounce glasses, instead of the standard sixteen ounce glasses.

“If you order a pint, you expect to get a pint — not less. It’s not cool,” said Village Pourhouse customer Marcos Rodriguez. According to The Post, the Pourhouse’s pints measured a paltry twelve ounces. Not cool, guys.

Pourhouse co-owner Erika London claimed that while her beers were proper pints, “some of the signature glassware that the beer distributors provide us with look smaller than the average glass, but we are instructed to use them by the distributor.”

Personally, we blame the Imperial System. And Bloomberg, just cause. 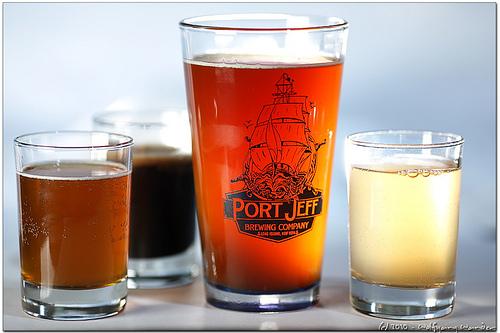