Their days of Apple picking are over.

Police yesterday stumbled upon hundreds of stolen iPhones, iPads and iPod Touches at the Queens residence of three students.

“Inside was a virtual orchard of Apple products,” NYPD spokesman Paul Browne told the Daily News.

Police uncovered the stash while investigating a home break-in near the St. John’s roommates’ abode, according to NYPD. An officer had stopped a car on 168th St. in Fresh Meadows, prompting passengers to divulge how Mr. Jaffer, Mr. Chen and Mr. Pinder had been selling the Apple products to neighborhood residents for some time. 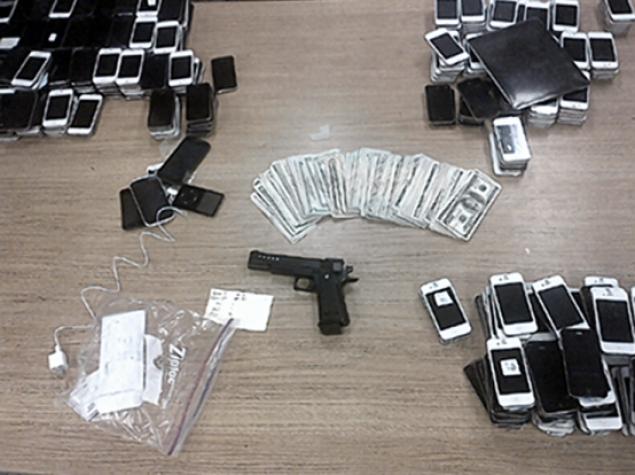