ASBURY PARK – President Barack Obama stood outside the Asbury Park Convention Hall Tuesday and declared the Garden State is “stronger than the storm.”

The president spoke to a cheering crowd of hundreds who gathered in the rain to greet the president. Obama is visiting the state’s storm-tattered coast about seven months after Superstorm Sandy hammered the state.

“We all understand there is still a lot of work to be done,” Obama said.

“You are stronger than the storm,” he said. “The Jersey shore is back and you are open for business.”

Obama urged locals and out-of-state residents alike to flock to the shore this summer and spend money.

“America, bring your family and friends,” he declared.

The president spoke after spending the day touring parts of New Jersey’s coast. The Democratic president was introduced on stage by New Jersey’s Republican governor.

“Two days after Sandy hit us the president of the United States came,” he said. “So now, seven months later, we know this, that we made great progress but we still have so much more to do.”

Christie said he had a chance to tour the progress, but also showed the president areas damaged by Sandy that still need to be rebuilt.

“I also made sure he understood there’s still a lot more to do for the people of the state,” he said.

Before making remarks on Asbury Park’s boardwalk, Obama and Christie landed at the National Guard Training Center in Sea Girt at about noon.

The pair headed in a motorcade to Point Pleasant to tour Jenkinson’s Boardwalk, according to pool reports.

Hundreds of residents and local and state officials crowded the Asbury Park boardwalk to catch of glimpse of the president. 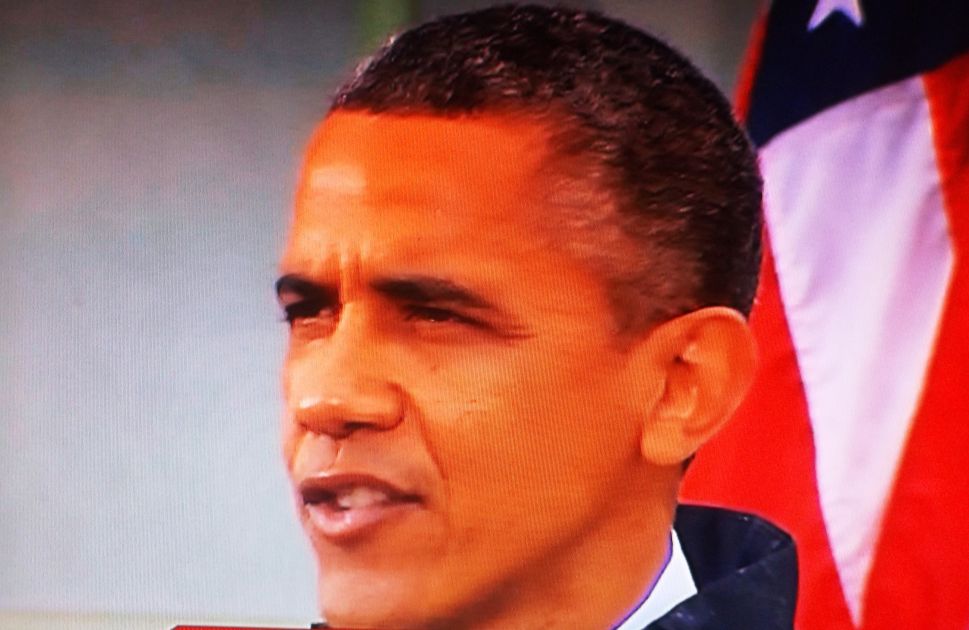