President Barack Obama played the flirtation game with Gov. Chris Christie in Asbury Park this afernoon in his appearance at Convention Hall, but mostly focused on the shore itself.

“Thank you to Governor Christie for that introduction and for the great job he’s done here,” said Obama, who toured the storm-ravaged seaside with Christie in an effort to boost the tourist trade as New Jersey rebuilds.

“These towns have a special character, not just in the summer but all year round,” Obama told a cheering crowd.

Obama said he lost a duel of Touchdown Fever with the Jersey governor, as Democrats quietly pointed out that the President also has a sketchy record in New Jersey elections, chafing under Obama’s failure to boost incumbent Jersey City Mayor Jerry Healy with an endorsement earlier this month. 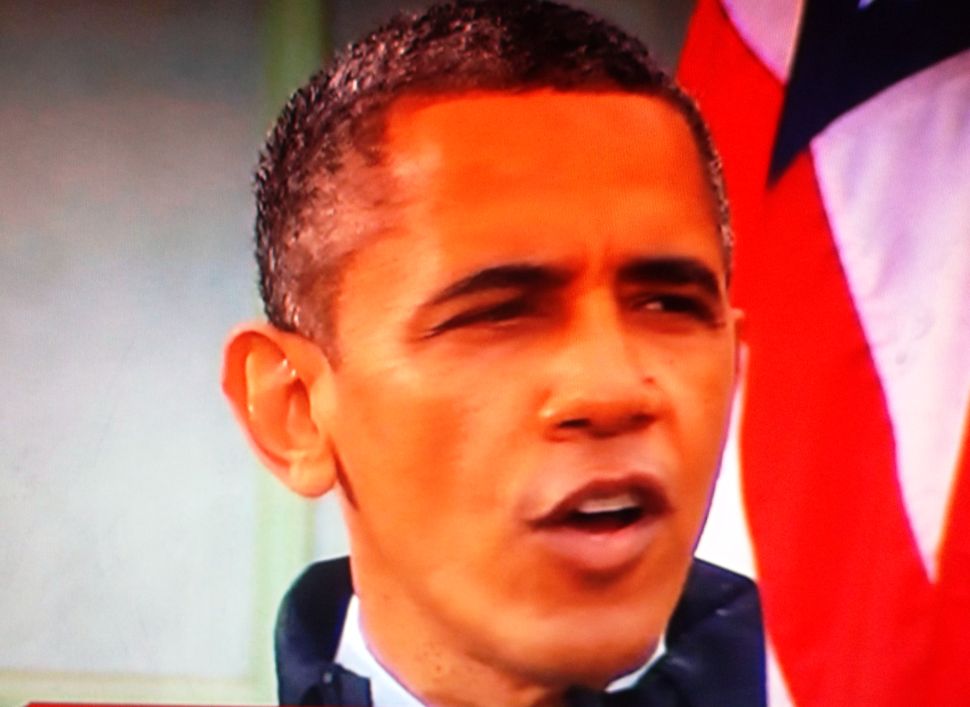