The campaign of Donna Obe is going for the Mitt Romney comparison as it attempts to unseat veteran state Sen. Ray Lesniak (D-20).

“Ray Lesniak is part of the 1%, just like Mitt Romney,” reads the latest slap at Lesniak in a paper distributed by Obe’s supporters.

“That’s silly,” said Lesniak. “That’s not going to get any traction.” 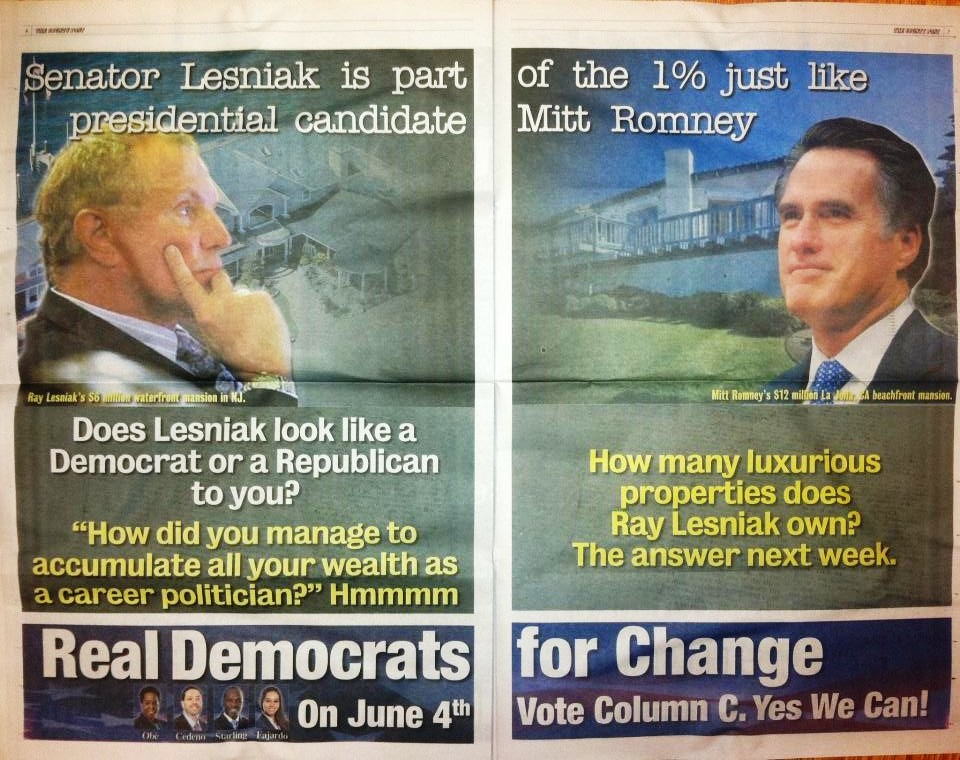