ATLANTIC CITY – There was a meeting this afternoon between Speaker Sheila Oliver and Assemblyman Jason O’Donnell at the annual Democratic convention, although there was no indication that out of this meeting would definitely come some kind of agreement.

A short time after leaving the “Step up Women’s” Lunch at the state Democratic conference, Oliver was spotted walking into a Bally’s Casino restaurant with O’Donnell in tow.

The pair sat down at a private table.

Sources say Oliver was reluctant to back O’Donnell for Democratic State Party chair. After all, he joined forces with then-Assembly Majority Leader Joe Cryan to try to depose her.

But a source said at the very least she wanted to meet with O’Donnell to discuss her concerns. Today they spoke for about an hour. 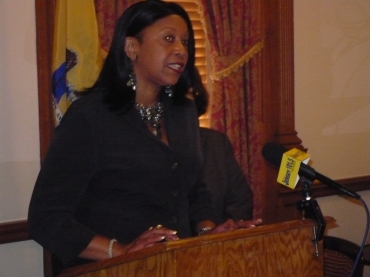