Picturesque Myrtle Beach, blighted this weekend by thongs.
via Flickr.

Myrtle Beach is cracking down on skimpy swimwear.

Early Friday morning, Ms. Garness rebelled against the authorities, refusing to cover her backside even after two warnings, police claim. Ms. Garness was held in jail on a $469 cash bond.

Just a few hours later, with the community still recovering, Ms. Collins let freedom ring on the back of her boyfriend’s purple motorcycle, “shaking her bare bottom in the air,” WMBF reported. Along with Ms. Collins, South Carolina police nabbed her boyfriend, too, for driving without a license and “unnecessarily” racing engines. Her boyfriend defended himself, explaining he was merely racing the engine so that Ms. Collins could better “shake herself.”

By the weekend’s end, Ms. Garness and Ms. Collins were joined by Ms. Michen and Ms. Blair, both arrested on the same charge of indecent exposure. No word yet on their release.

There aren’t many cities in the tri-state area that cater to these ladies’ gravitas. But perhaps, when planning their patriotic getaway for next year, they might consider Jacob Riis Park, New York’s very own unofficial “clothing optional” beach, located on the south shore peninsula of Queens. Sweet land of liberty indeed. 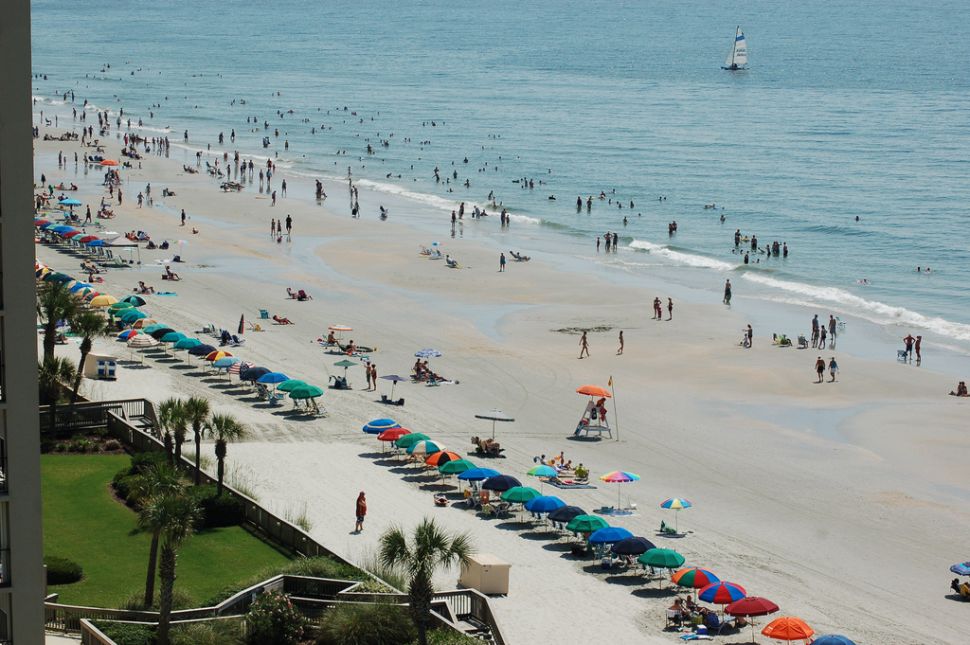