The police are looking for three subway performers who allegedly attacked a rider in Queens on May 7, according to NY1.

According to police, the performers got into an argument with a 28-year-old man on the F train around 7 pm on May 7. The suspects then attacked the victim, striking his head and body before leaving the train. The perpetrators fled the train at the 21st Street-Queensbridge station.

There is no word as to what led to the argument.

The victim was treated at a local hospital and released.

Anyone with information on the incident should contact the CrimeStoppers  at 1-800-577-TIPS, text CRIMES (274637) and write TIP577, or visit http://www.nypdcrimestoppers.com. 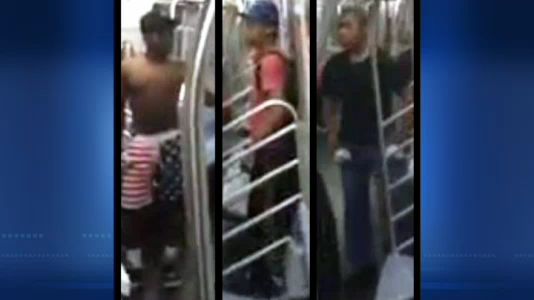