NEWARK – Promising to strive to ensure opportunity for the youth of his hometown, better schools and safer streets, North Ward Councilman Anibal Ramos launched his campaign for mayor in front of a packed room at the Robert Treat Hotel.

“My name is Anibal Ramos, Jr.,” said the North Ward councilman. “I welcome you to the greatest city in the State of New Jersey. Newark is my home, the city where I was born and raised.”

This is the city where his parents settled after moving to New Jersey from Puerto Rico, where Ramos worked stocking shelves at the local supermarket.

A huge assembled crowd awaited the news, which Ramos delivered moments into his speech.

“I’m proud to announce my candidacy for mayor of the City of Newark,” Ramos said. “It would be the greatest honor and privilege to serve the city that gave so much to me.”

A retired East Ward factory worker, Anibal Ramos, Sr. took a bow at the urging of his son.

“Newark will only be great when every neighborhood benefits from the progress,” said the mayoral candidate. “As mayor, I will fight for everyone in Newark. It won’t matter whether you’re from the South Ward, the East Ward, the Central Ward, the West Ward, or the North Ward. I will be a mayor for all of Newark.”

He hit the high note on the North Ward, his home, and the base of his political operations.

Ramos then worked the room in Spanish.

Attorneys abounded, anchored by the sturdy presence of Angelo Genova, glued to a coterie of DiVincenzo diehards.

East Ward Councilman Augusto Amador is also said to pawing at the turf for a 2014 run.

Downstairs at the event proper, the main ballroom was filling to capacity in a show of force that would likely jangle state Sen. Brian P. Stack (D-33).

In another show of Jersey City spillover, Ward E Councilwoman-elect Candice Osborne, Fulop’s ally, jumped onto the stage when summoned. Roselle Mayor Jamel Holley was also in the room.

But finally Newark was at the crux of Ramos’s statement.  “We have support from all over the city,” declared Phil Alagia, DiVincenzo’s chief of staff.

“Our strength has been our diversity,” DiVIncenzo said. “Anibal Ramos is going to be a leader for the entire city. Newark, to move forward, has to come together as one.”

A large cross section of African Americans were in the room to prove the point.

If shock and awe has long been a North Ward political specialty, organizers appeared to have saved their biggest detonation for Ramos’s launch.

It felt as though sitting Mayor Cory Booker’s six years in office – and his firm alliance with the North Ward – had led to this jumping off point for the organization with one of their own at the vanguard at last: the homegrown Ramos.

This was an early kick-off, causing insiders statewide to wonder about the candidate’s timing, less than a week before the 2013 Democratic Primaries in LD 34 and LD 20.

There was much discussion on that balcony above Newark of the political future of state Sen. Ray Lesniak (D-20), who in the next city over finds himself in the dogfight of his long legislative career as he attempts to turn back an organization that has a similar structural appearance as the North Ward outfit that gave birth to – and supports – Ramos, organized off the same service: education.

Lesniak argues that he sufficiently weakened the political arm of his hometown Board of Ed with complaints resulting in newspaper stories and indictments.

Tuesday will tell that story.

Here in Newark, over a year ahead of the 2014 mayor’s race, the North Ward organization, allied across the aisle with Gov. Chris Christie and built on charter schools founded by Adubato and Davis – has never looked stronger.

His allies acknowledge that Newark remains a majority African American city, but like Ramos’s organization and ability to raise money as strongpoints to check early perceived deficits in the campaigns of his African-American rivals: organization but no crushing fundraising by Baraka; and money but little demonstrable organization by Jeffries. 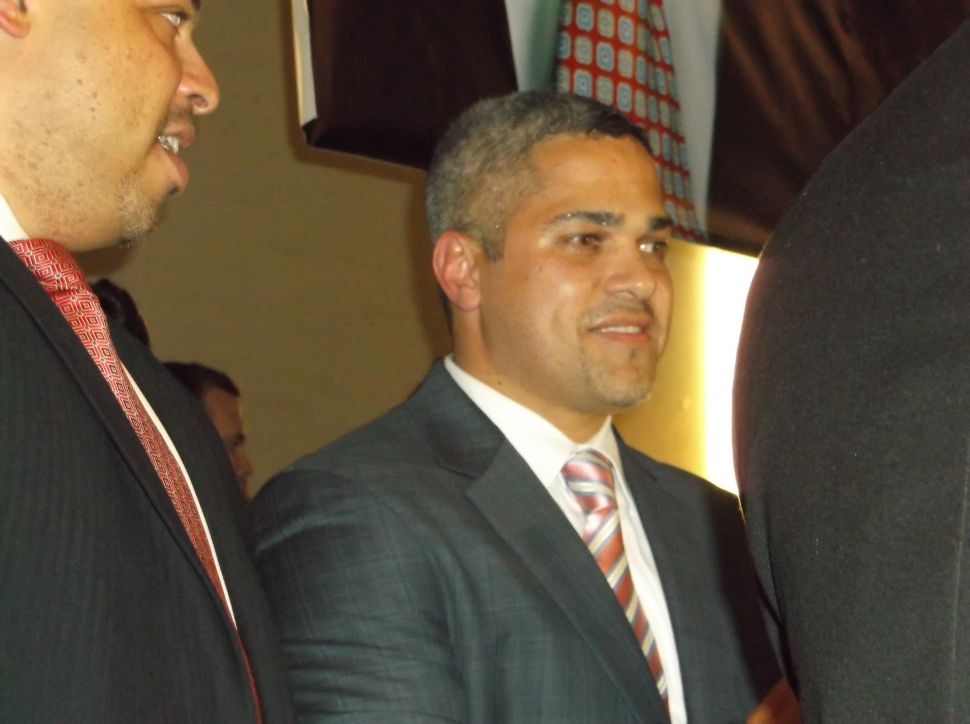