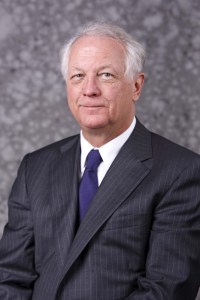 Washington City Paper‘s Kriston Capps reports that Richard Koshalek, the director of the Hirshhorn Museum and Sculpture Garden, in Washington, D.C., plans to resign, effective at the end of this year. Mr. Koshalek’s reported decision comes after a board meeting in which his plan to create a temporary, inflatable “Bubble” structure, designed by Diller Scofidio + Renfro, received an inconclusive vote, with six in favor and six against. The  structure is to be installed each fall in and around the museum’s courtyard to house various programming.

“The source, who spoke on condition of anonymity to discuss the private meeting, says Koshalek resigned because he didn’t believe he had support for his vision for the Hirshhorn—not just the so-called Bubble, designed by the New York architecture firm Diller Scofidio + Renfro, but also a project to transform the lobby into an education center and another project involving sculptor Richard Serra.”

Mr. Capps, who last appeared on GalleristNY in the midst of his online war of words with the editors of the Babes at the Museum website, received a ‘no comment’ from a museum spokesperson. The Observer‘s calls to the museum were not immediately returned.

Mr. Koshalek joined the museum in 2009, after serving as president of the Art Center College of Design in Pasadena, Calif., from 1999 to 2009, and 20 years as director of the Museum of Contemporary Art in Los Angeles.