But the Republican expects them – or one – following his endorsement this morning of state Sen. Barbara Buono (D-18) for governor at the Spotswood Diner.

Greenstein is running for re-election in a battleground district against former Senator Peter Inverso.

PolitickerNJ.com asked Poliseno if he intends to change parties.

A blue-collar burgh in Middlesex, Spotswood used to be in Buono’s district, back when she served as an assemblywoman. Now it is part of the 14th District – Greenstein country. 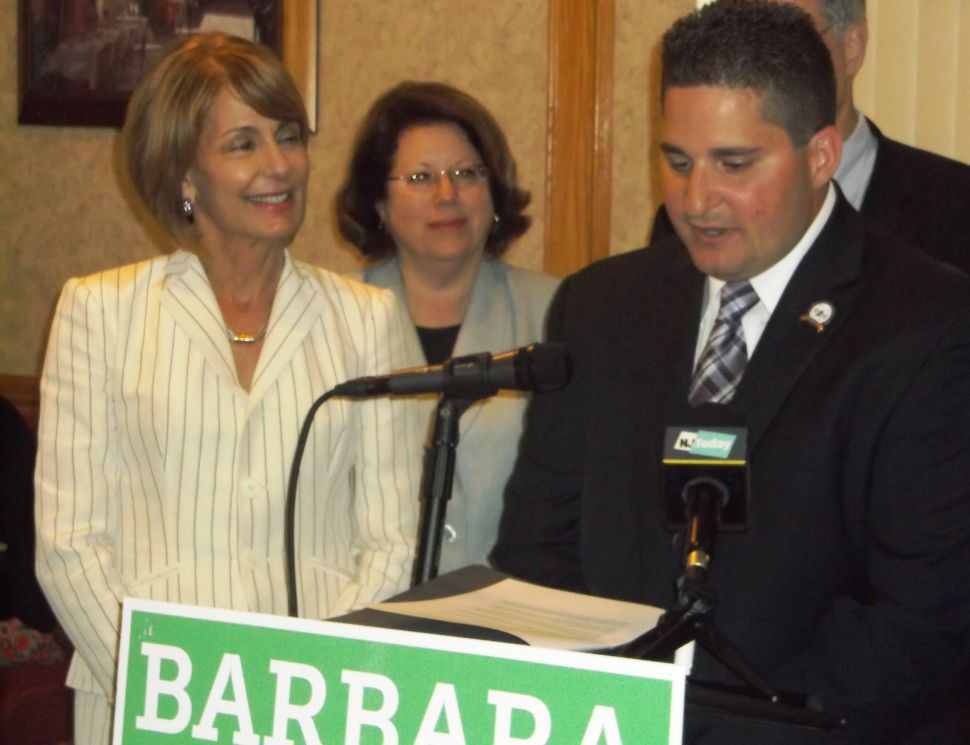