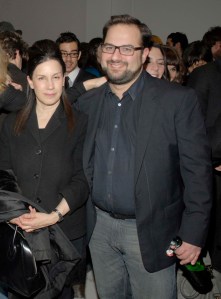 Dominic Molon, the chief curator of the Contemporary Art Museum St. Louis since 2010, has been hired by the Rhode Island School of Design Museum, in Providence, to serve as its curator of contemporary art. His official title will be Richard Brown Baker Curator of Contemporary Art.

“Over the course of his career, Dominic has earned a highly respected and admired reputation for his rigorous, wide-ranging curatorial point of view,” the RISD Museum’s director, John W. Smith, said in a statement released to press.

Before coming to St. Louis, Mr. Molon served as curator and acting curatorial department head for the Museum of Contemporary Art in Chicago.

Though he’s forged his career in the Midwest, Mr. Molon has an East Coast connection: he earned his master’s degree in art history and criticism from the State University of New York at Stony Brook.