HOBOKEN – A former police captain may get in the Hoboken mayor’s race.

“I haven’t ruled it out,” said Freeholder Anthony Romano, amid buzz of the local brand putting out his feelers.

Son of local tavern owners, he bumped heads with new breed Mayor Dawn Zimmer at PD, then helped the mayor through the ravages of Hurricane Sandy.

The allies of Assemblyman Ruben Ramos (D-33), who has already declared his mayoral candidacy in opposition to Zimmer, are quietly chafing under the news that Romano is mulling.

But two sources close to Hoboken politics told PolitickerNJ.com that Romano has the ability to draw from both Zimmer and Ramos.

He does, however, have the longer political alliance with the assemblyman.

Romano has to decide what he’s going to do by an early September filing deadline. A source said he wants to do a poll and would only get in the contest if he is convinced he and Ramos don’t simply end up fistfighting over the so-called born-and-raised vote. 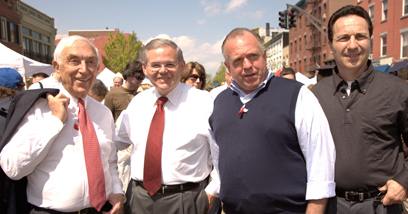