TRENTON – Officials from the Morris County town of Roxbury urged the Senate Thursday to take action on a bill that would shut down the Fenimore Landfill, saying it is deteriorating the quality of life in the surrounding residential neighborhoods and causing an array of health problems.

Some residents have complained the opened landfill has caused problems such as headaches, nausea, upset stomachs, asthma, anxiety and depression. They said the noxious air has essentially dictated when activities such as exercising or barbecues can be conducted. The very concept of fresh air is nonexistent, they said.

Legislation sponsored by Morris County senators Anthony Bucco and Joe Pennacchio, bill S2617, would enable the Department of Environmental Protection to take over the landfill and cap it.

The bill, however, was one of the GOP-sponsored pieces pulled from committee agendas earlier this month by Senate President Steve Sweeney in retaliation for GOP resistance in providing needed votes for one of Sweeney’s gun control bills.

At the urging of Bucco, however, this hearing was rescheduled, but no vote is slated.  Testimony only is being taken on conditions at the landfill.

Mayor Fred Hall said the landfill has caused severe health and quality of life issues. He wants NJDEP to take over this site.

“Kids have to wear masks going to school buses. I feel the entire system has failed Roxbury Township,” he told the Senate Environment and Energy Committee.

“They’re having problems breathing. We have people who have issues with their throat. This is a serious issue in Roxbury Township.”

Roxbury Police Chief Joseph Simonetti  said Fenimore Landfill is different from other landfills, in that it is surrounded by residential neighborhoods. However, heavy, overweight trucks regularly go through the residential streets.

“The residents are rightfully complaining about the trucks coming in to the site, being safety issues, being overweight, uncovered, driving erratically.”

The number of phone calls the police department has to field has overwhelmed it.

The N.J. State Police Commercial Weight Team has tried to enforce the 4-ton weight limit that exists on the main roads there, but some of the trucks use the side roads, and some of the vehicles have overturned. 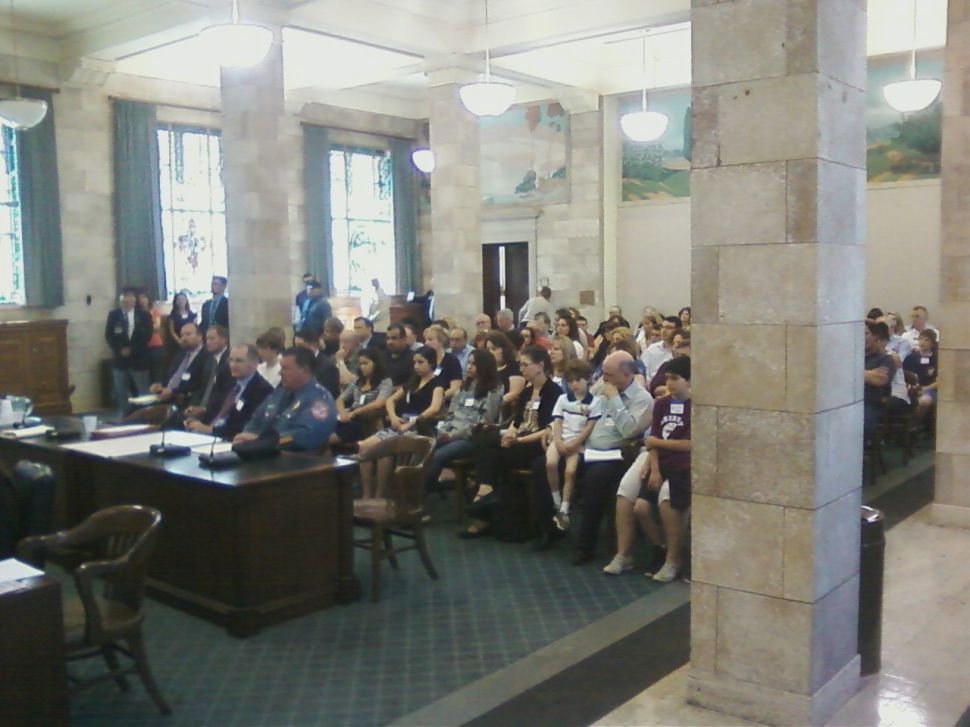