If you’re a gambling man, you might try guessing which New York politician will be arrested for corruption next.

So wrote State Senator Rubén Díaz in his latest “What You Should Know” missive, where he claims bets are being placed on who in Albany will be the next to be indicted. As corruption charges rock Albany, Mr. Díaz says the state capital is now an “ambulatory casino.”

“You should know that here in Albany, you can find bookies taking and placing bets all over the place,” Mr. Díaz wrote. “Ever since U.S. Attorney Preet Bharara released the names of six Democratic Senators who were recorded by disgraced Senator Shirley Huntley, Albany has become an ambulatory casino in New York State.”

While implying that former State Senator Shirley Huntley, recently sentenced to a year in prison on embezzlement charges, was a hypocrite for wiretapping colleagues, Mr. Díaz wrote that there are “high-rollers,” either figurative or literal, that are also betting on whether Assembly Speaker Sheldon Silver ultimately keeps his job. Mr. Silver has drawn scrutiny for initially trying to cover up the sexual harassment allegations against former Assemblyman Vito Lopez.

“Some high-rollers here in the State Capitol are also betting on the odds of Assemblyman Sheldon Silver’s future as Speaker after his secret handling of sexual abuse cases in the Assembly,” Mr. Díaz wrote. “It’s hard to walk in any room in Albany without hearing someone discussing the odds of how much time Assemblyman Silver has left.”

Mr. Díaz also opined on the nature of friendship, criticizing those who are “inviting their colleagues to dinners and parties under the guise of friendship, just to put them in jail.” Of course, odds are being placed on who is wearing a recording device, Mr. Díaz claimed.

“With friends like that, who needs enemies?” Mr. Díaz asked.

And Mr. Díaz saved some fire for his colleague, State Senator Tony Avella, who is trying to leave the chambers by running for Queens borough president. Mr. Díaz was bothered by a comment Mr. Avella made recently to the Daily News that he was “not surprised” Senator José Peralta, one of his opponents, was one of the elected officials that Ms. Huntley recorded.

“It appears to me that Senator Tony Avella placed himself in the role judge, jury and executioner to publicly condemn Senator José Peralta to the world,” Mr. Díaz wrote, lamenting that Mr. Avella may have ruined Mr. Peralta’s chances of becoming Queens borough president. “If Senator Avella does not know about actual wrong-doings by Senator Peralta, then Senator Tony Avella owes a public apology to Senator José Peralta, to Senator Peralta’s constituents, to his Democratic colleagues, to the Hispanic community – and especially to the Dominican community,” he wrote.

Mr. Avella did not immediately respond to a request for comment. 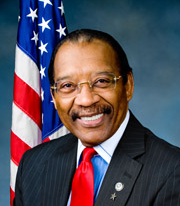