Gov. Chris Christie has a new partner this election season, and together, they’ll get stuff done.

At least that’s the take of Dr. Hector Castillo, who’s running for state senate off the Republican line in the 35th District.

Dr. Castillo has sent mailers to Passaic County Republicans plastered with pictures of Christie and with the two men together, telling them the governor and he “will work hand in hand together” and asking them to “Give Governor Christie a Senator in the 35th District who will strive with him to get this economy running.”

Never mind that according to Christie the economy is running, a spokesman for the Christie campaign said the governor has not authorized the mailers and has not endorsed Castillo, a retired ophthalmologist.

“The mailer was not authorized by us in any way,” said Christie campaign spokesman Kevin Roberts.

Both organizations have supported Republican Lynda Gallashaw in her bid to unseat Democratic incumbent Nellie Pou. Christie has not endorsed Gallashaw either.

Castillo is no newcomer to the political scene. Last year, he was defeated by Rabbi Shmuley Boteach in the Republican primary for Congress in the Rothman/Pascrell seat. In 2005, Castillo ran for governor, and in 2002 he ran for mayor of his hometown of Paterson. 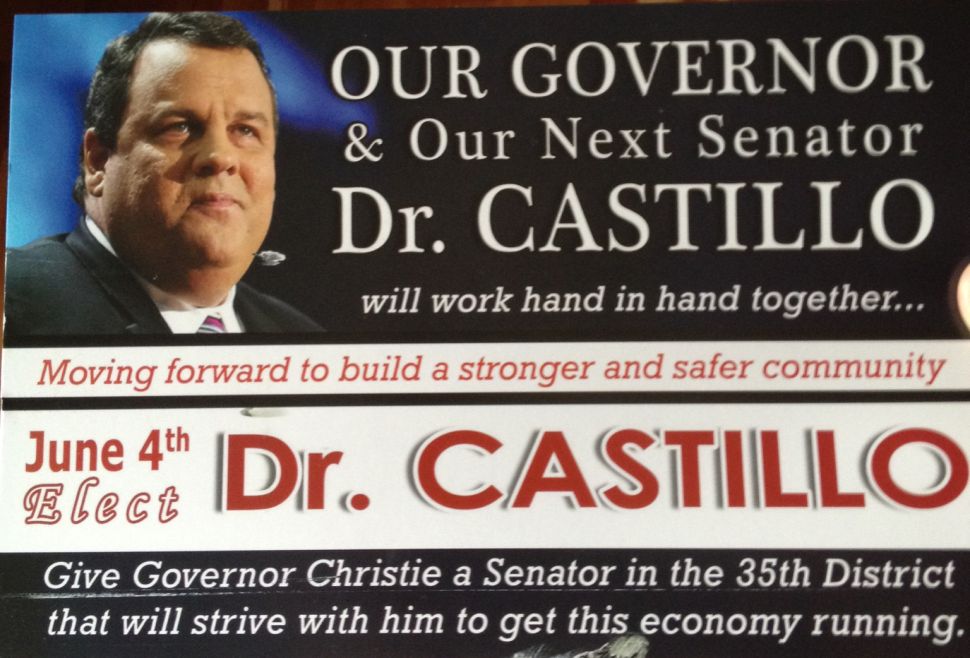