The New Jersey Sierra Club led a protest at the event today in Asbury Park calling for action on climate change, and expressing irritation at President Barack Obama for clapping New Jersey on its collective back while leaving global warming untouched.

“We are glad the President came to talk about rebuilding the Shore, but we felt he should have talked about climate change and sea level rise since that not only effects the Jersey Shore but all our coasts,” said Jeff Tittel, drector of the New Jersey Sierra Club. “This is being polite to Governor Christie who is now a climate denier and the President failed to send a message about his commitment to deal with climate change.”

Christie last week said he didn’t know whether global climate change contributed to Hurricane Sandy, a remark that his rival in the gubernatorial race, state Sen. Barbara Buono (D-18) promptly pounced on with an urge to the Republican incumbent to “wake up.”

Tittel amplified the critique to include Obama, who toured the Jersey Shore with Christie before addressing a crowd at Convention Hall.

“As a coastal state we should be moving forward by adapting to sea level rise and climate change, instead we just passed two years of being removed from the Regional Greenhouse Gas Initiative (RGGI),” said the environmental leader, poking Christie on the governor’s controversial move to delete New Jersey from RGGI.

“RGGI would have lowered greenhouse gas emissions from our state’s power plants and also provide funding for clean energy projects,” Tittel said. “In addition each year the Governor continues to raid the Clean Energy Fund, money which would go towards renewable energy and energy efficiency projects.  The Governor’s policies and actions put these communities he is touring with the President at risk for climate change and sea level rise. The Governor needs to start looking out for the best interest of his state by putting in place policies that promote clean energy and help curb the affects of climate change.

“The Christie Administration has dismantled the Office of Climate Change, weakened environmental rules, and protections including the Waiver Rule, WQMP, Stormwater Rules and not needing permits to rebuild,” Tittel added. “As we learned from Superstorm Sandy the areas that were protected are the ones that were least damaged. We cannot have Jersey Strong when you weaken environmental protections.” 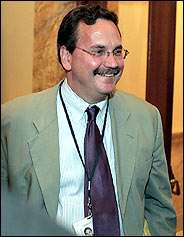