City Comptroller John Liu will announce the endorsement of a slew of Democratic officials from across Brooklyn Friday in another effort by his mayoral campaign to show he’s gaining steam, despite the recent guilty verdicts against his former campaign treasurer and a fund-raiser.

The ethnically diverse batch of endorsers hail from neighborhoods across the borough, including Greenpoint, East New York, Crown Heights, Bensonhurst and Brighton Beach. Additionally, they include both establishment-types like Mr. Olechowski–who defeated Lincoln Restler, a thorn in the side of the county leadership–last year, and at least one Brownstone Brooklyn reformer in the form of Mr. Owens.

“New Yorkers need independent and effective leadership who will stand up for communities across the city and tackle the problems of poverty, systemic unemployment, school closings, racial profiling, foreclosures and low paying jobs,” said Ms. Barron, the wife of outspoken City Councilman Charles Barron, in a statement. “We need immediate change and the best mayoral candidate to offer bold solutions and get things done is John Liu.” Mr. Barron, also a district leader, had previously endorsed Mr. Liu.

“I support John for Mayor because he understands the needs of all people with different social economic backgrounds who need help making ends meet and the reforms needed to give our students a solid education to compete in this global economy,” said Ms. Canizio. 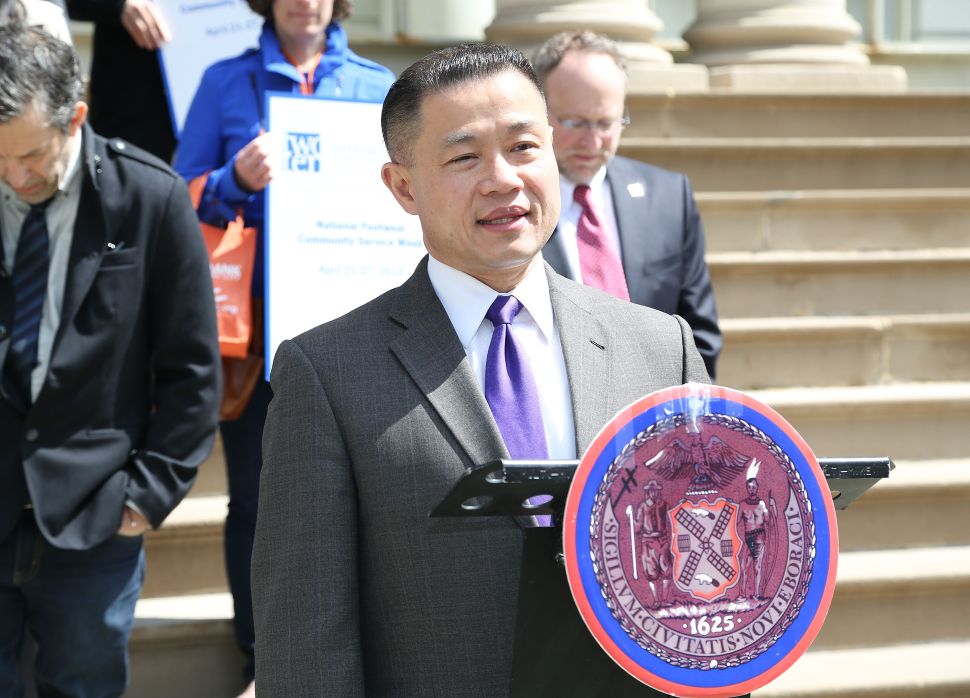