Sacco was the force two years ago behind his assemblyman from Secaucus becoming chairman of the Assembly budget committee.

A third source close to the party discussions said the votes are there for Prieto.

He lacks Smith’s hometown of Bayonne and Union City. “It’s all over,” the source said.

Named co-chair of Fulop’s campaign committee this week, along with Freeholder Bill O’Dea, state Sen. Sandra Cunningham (D-31) is said to be poised to deliver committee votes out of Jersey City for Fulop.

A source close to the negotiations described the $100K forked into Healy’s campaign in the 11th hour as “the nail in the coffin” to his chairmanship. 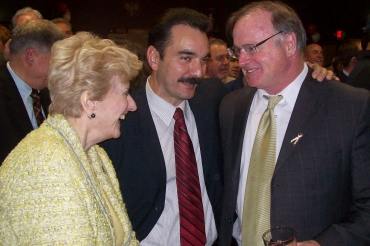