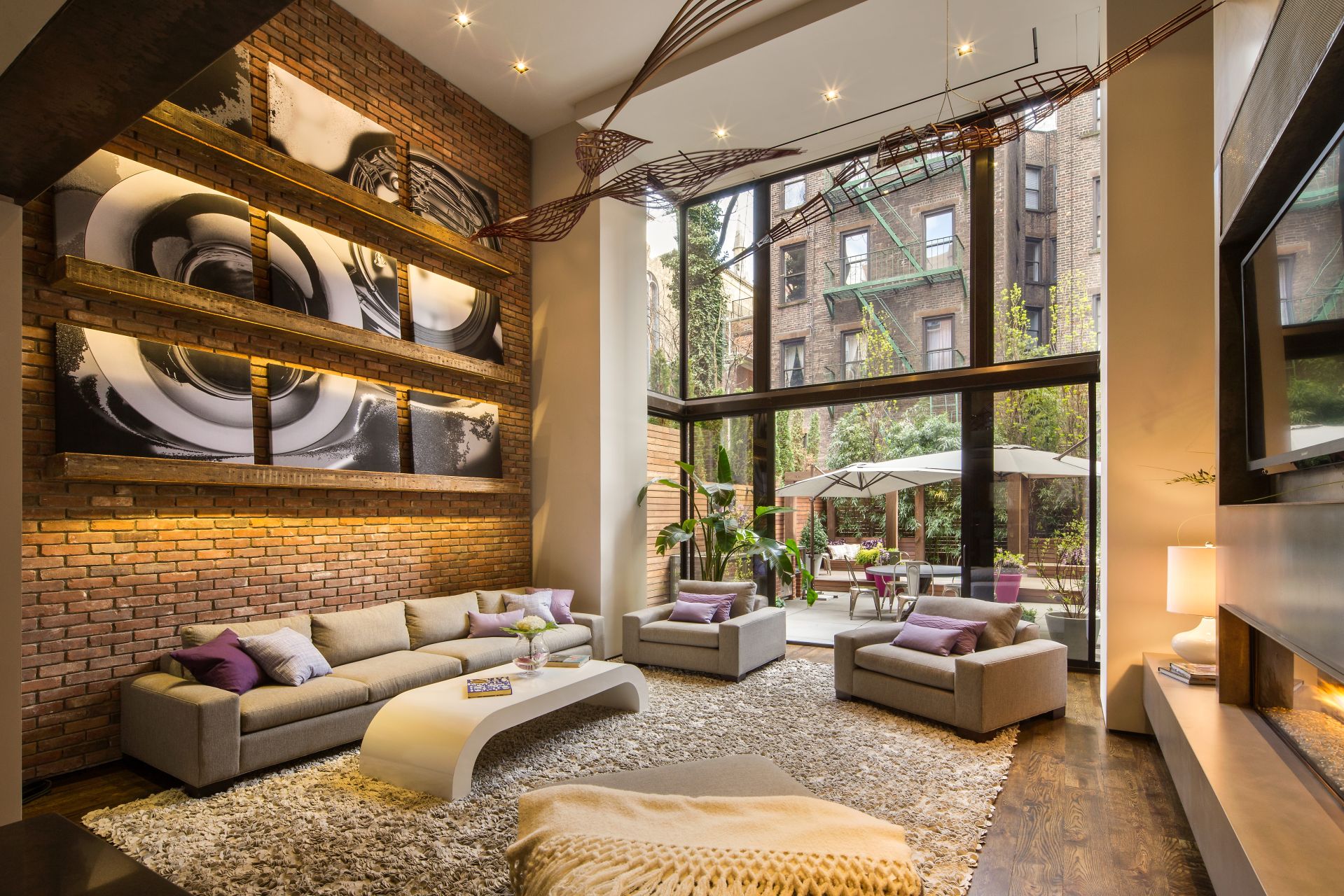 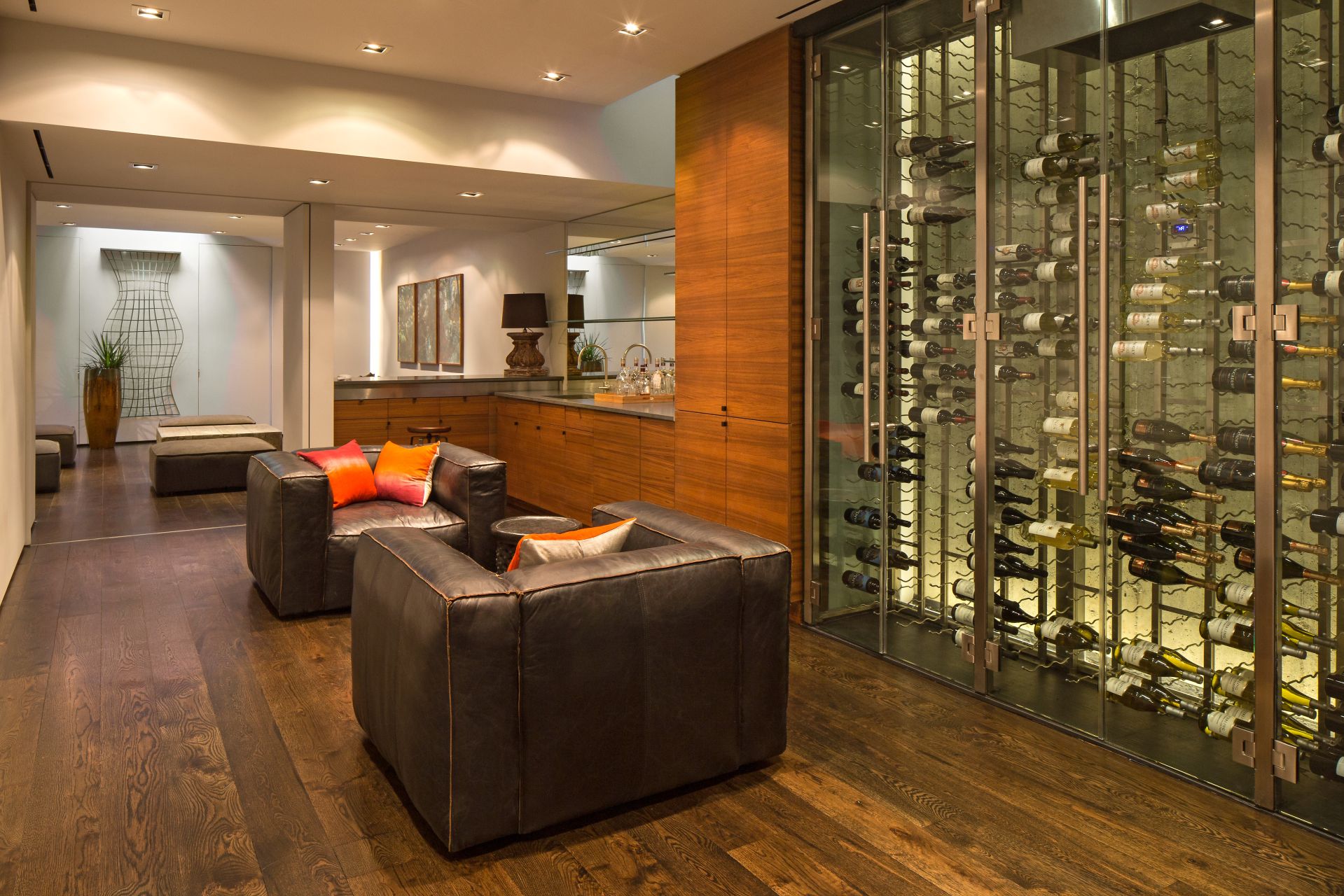 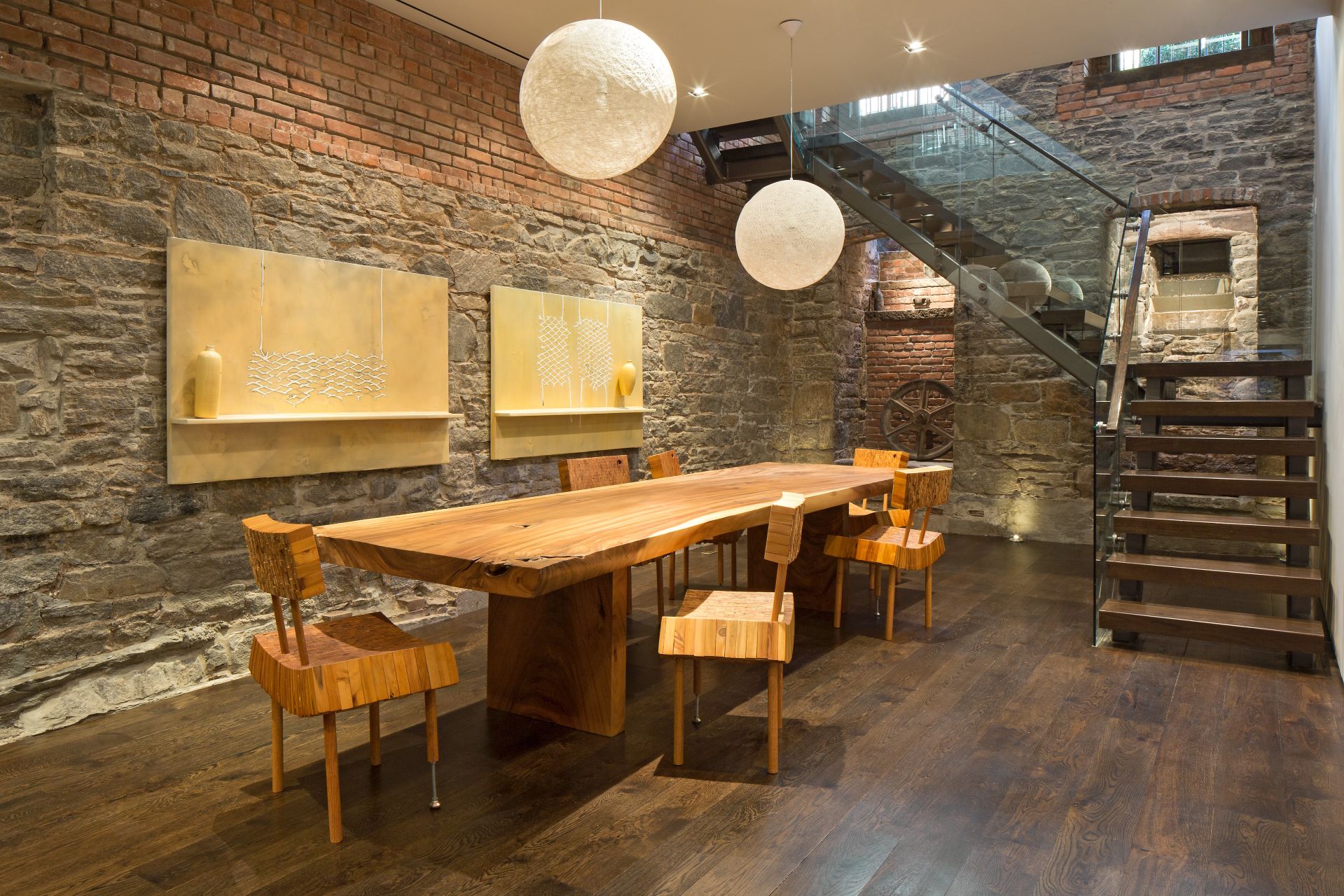 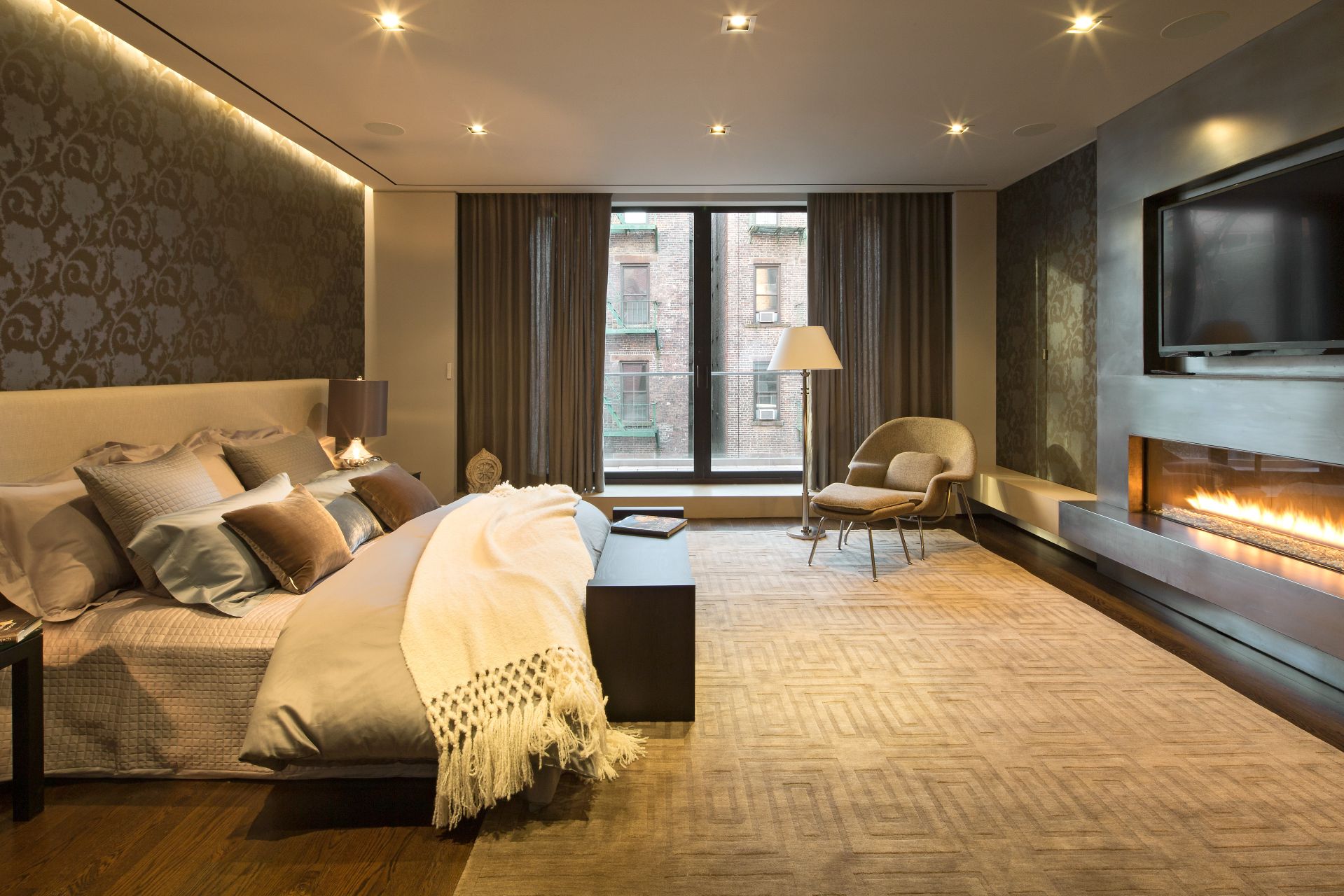 One of the more classical rooms.
Advertisement 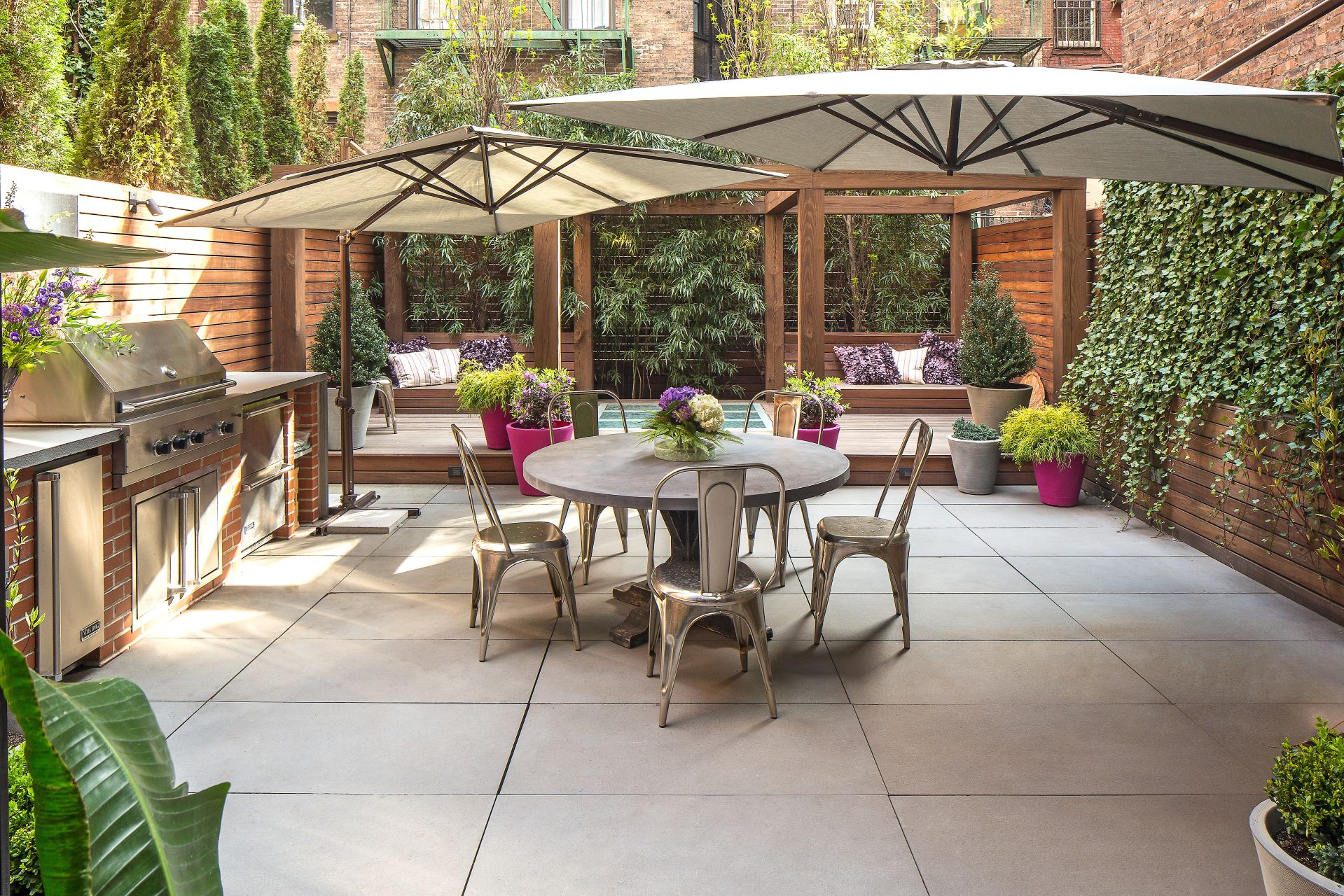 The patio, with one of the home's four kitchens. 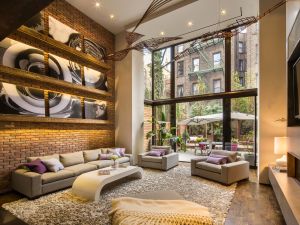 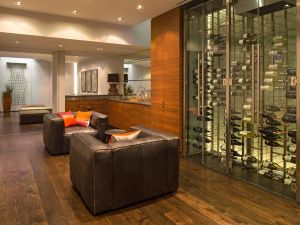 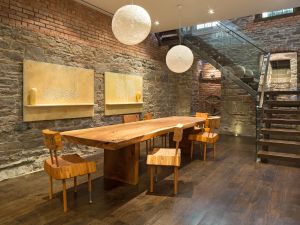 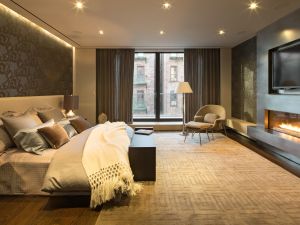 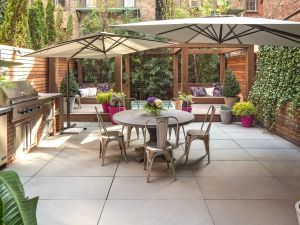 After watching their townhouse sit on the market for a year without a sale, the owners of 80 Washington Place have decided to take a cue from the previous owner, composer and conductor John Philip Sousa: they’re marching on. They’ve selected a pair of new brokers—Town’s Robert Dvorin and Clayton Orrigo—and cut the ask by a million dollars.

Built in 1839, the 22.5-foot-wide Greenwich Village townhouse has only been owned by only three families over its 175-year life. Its most famous owner, John Philip Sousa, invented the sousaphone and penned marching ballads, including Marine standard “Semper Fidelis” and “The Stars and Stripes Forever,” and was also a committed technophobe. “These talking machines are going to ruin the artistic development of music in this country,” he testified to Congress in 1906, presaging the rise of Skrillex.

The most recent owners are the Raineros; Gildo Rainero purchased the property in the 1960s. Though he carved it into nine apartments, the house has been stitched back together over time and then some. The developer, Gildo’s grandson William Rainero, has added a story to the house, and hired Clodagh Design to redo the interiors, with stone, exposed brick, steel and plenty of glass. While the front face of the house is for the most part still the 19th century Georgian style you’d expect from the Village, the back is nearly all glass.

The property is now listed with Town for $28.9 million, a number that was gradually lowered from last year’s $31.5 million ask. (While the property is Town’s most expensive listing in Manhattan, it won’t be the most expensive in Greenwich Village: that honor belongs to 11 West 10th Street, appraisal guru Jonathan Miller tells us, which sold for $34.5 million in 2007, at the height of the last bubble.)

In terms of amenities, the house is no slouch. While most townhouses have only a single kitchen, this one has four—the normal one plus a catering kitchen and two outdoor cooking spaces—including one designed by New York-by-way-of-Florence restaurateur Silvano Marchetto. There’s also a 700-bottle wine cellar and an espresso maker built into the wall (why not?). Plus, it includes all the normal things you’d expect from an eight-digit townhouse—a lounge, a screening room, a full-floor master suite, a zen garden and a roof deck—plus some things you wouldn’t, like views of both One World Trade Center and the Empire State Building. Not to mention the coal chute that’s been repurposed into a stone-faced waterfall.