The Ledger gonged Gill as a less than hard-working brand with no significant accomplishments and a bad record of attendance at political events.

“That would be fine if she were an effective maverick, but she’s not. She claims to have pushed the needle-exchange program through the Senate, for example, when it was really driven by Sen. Joseph Vitale (D-Middlesex). Alexander worked as issues adviser to Barack Obama during the 2008 presidential campaign, and before that worked for Sen. Bill Bradley (D-N.J.), who has endorsed him, and Sen. Edward M. Kennedy (D-Mass.). His knowledge of state issues is spotty, but that will improve. Asked whom he would model himself after in Trenton, Alexander named Vitale, the most effective progressive legislator, and Sen. Theresa Ruiz (D-Essex), who sponsored and built a consensus for last year’s tenure reform bill, among the most important advances in education policy in years.” 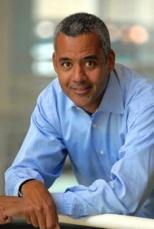