State Sen. and Queens borough president candidate José Peralta, who was among the seven lawmakers secretly recorded by ex-Sen. Shirley Huntley, has been racking up legal bills, spending tens of thousands of campaign dollars on lawyers’ fees.

Since December, 2011, Mr. Peralta’s senate re-election and 2013 borough president campaigns have spent a combined $53,500.00 in fees to Stroock & Stroock & Lavan LLP, one of the city’s top election law firms, city and state finance records show. That includes $22,500 in payments from Mr. Peralta’s campaign for borough president–about a quarter of the total $88,873 the campaign has spent so far, the filings show.

Mr. Peralta’s campaign spokesman and the firm did not return numerous calls and emails for comments Thursday. Buy observers were left dumbfounded by the fees.

“I’m just astounded by that,” said one insider when presented with the numbers. “Three’s no political explanation that makes sense at first glance. That doesn’t mean there isn’t … but the guy hasn’t had a competitive election in years.”

A campaign for borough president typically spends no more than a couple thousand dollars on legal fees for help navigating campaign finance regulations.

When his campaign was asked by Politicker about the numbers last March, a spokesman said the spending had nothing to do with any investigation.

An attorney at the firm who specializes in criminal defense work, Joel Cohen, also reportedly refused to say whether he was representing Mr. Peralta in any sort of criminal investigation. “I don’t talk about who my clients are,” he told Crain’s New York Business earlier today.

Mr. Peralta was outed in court Wednesday as one of nine elected officials and aids secretly recorded by Ms. Huntley, as she tried to minimize her own sentence for funneling state money through a sham non-profit to fund shopping sprees. According to the U.S. Attorney’s Office, “eight of these nine individuals remain the subjects of ongoing criminal investigations”—although they repeatedly refused to say who.

City Councilman Ruben Wills said that federal law enforcement authorities told his lawyer that he is the lone outsider.

Mr. Peralta seemed to acknowledge Wednesday that he had been involved in some sort of investigation, but maintained his innocence.

“I am confident that the authorities will find, if they have not already done so, that I have engaged in no wrongdoing whatsoever,” he said in a statement. The three other senators who released comments yesterday all specifically said they had not been contacted by investigators..

Update (4:34 p.m.): Jerry Goldfeder, an attorney at the firm, said in a statement that he has indeed been representing Mr. Peralta, but that the senator is not a target of the investigation.

“I have been representing Senator Jose Peralta for the last few years only on standard election and campaign finance matters. When his name was released by the court yesterday, I introduced the Senator to my colleague Joel Cohen. Today Mr. Cohen and I met with the Assistant US attorneys, who assured us that Senator Peralta is not a target in their inquiry,” he said.

A spokesman for the U.S. Attorney’s office has refused to comment on the case.

“I have been assured by the U.S. Attorney’s office that I am not a target of their inquiry,” he said. “The corruption charges filed over the past several weeks against members of the state legislature and City Council have shaken confidence in the political system.

“The way to restore the public’s faith in government is through the honorable, dedicated and committed service it deserves and should expect of its elected representatives.” 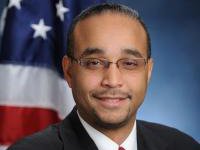