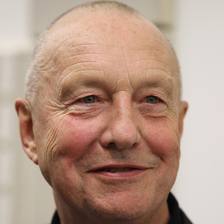 A bit of news that was overlooked last week due to art fair frenzy: Georg Baselitz, the esteemed painter and cranky misanthrope, had his home in Bavaria raided by tax authorities. Der Spiegel reports that it’s “likely that Baselitz had been given advance warning” of the raid, and was on his way to his property on the Ligurian Coast in Italy when investigators arrived.

“The artist’s name appeared on a list of clients with the Swiss bank UBS, which was on a CD containing data on secret bank accounts bought by the German state of North Rhine-Westphalia last summer. Despite widespread media coverage of this purchase, Baselitz did not turn himself in to the tax authority — unlike the president of football club Bayern Munich, Uli Hoeness, who admitted to tax evasion in April. The bank itself has urged clients to “actively resolve their tax problems,” if need be…In response to a SPIEGEL inquiry, Baselitz said via his secretary that he does not owe millions of euros in taxes and that there is no arrest warrant against him. He did not, however, deny that an investigation is underway, nor did he deny having now settled his tax debt.”