Sex workers and advocates have scored a small victory with a recent decision by the Brooklyn DA’s office to ban the seizure of condoms as evidence against prostitutes.

Brooklyn’s district attorney, Charles J. Hynes, sent a letter to Police Commissioner Raymond W. Kelly stating that his office would no longer confiscate condoms as evidence of prostitution or loitering for the purpose of prostitution, The New York Times reported.

“Accordingly,” Mr. Hynes wrote, “the collection and vouchering of condoms as evidence by members of your department should immediately cease.”

The NYPD’s seizure of condoms in prostitution-related arrests is a contentious practice. Advocates of sex workers have argued that seizing condoms as evidence discourages prostitutes from using them, presenting a huge public health risk.

A 112-page report by Human Rights Watch documenting “how police and prosecutors use condoms to support prostitution charges” concluded that “the practice makes sex workers and transgender women reluctant to carry condoms for fear of arrest, causes them to engage in sex without protection, and puts them at a higher risk of HIV and other sexually transmitted diseases.

“We think what DA Hynes has done shows great leadership,” Rebecca Schleifer, advocacy director of the Health and Human Rights Division at Human Rights Watch, told The Observer. “What we want to happen next is for commissioner Kelly to take immediate steps to order the police force to stop using condoms as evidence in prostitution-related offenses.”

Paul J. Browne, a spokesman for the Police Department, agreed that “it is not necessary to seize condoms as evidence of the intent of an individual to engage in prostitution,” but added that they are still of value in pursuing pimps and sex traffickers.

“If there is a bowlful of condoms in a massage parlor, we want our officers to be able to seize them as evidence against the trafficker,” Mr. Browne said.

But Ms. Schliefer argued that even anti-trafficking advocates have come out in support of the ban. “The public health harm and the harm to trafficking victims outweighs any value of these condoms as evidence,” she said.

“People ask us, ‘How many condoms is it legal to carry?'” she added. “There’s no law against carrying condoms.” 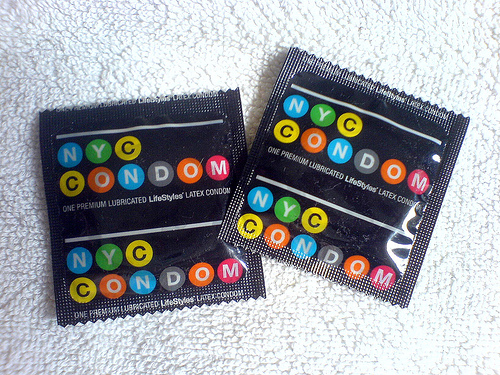