It’s been nearly seven years since YouTube first launched its “Partners Program,” a platform for YouTube creators that gives them a portion of revenue made on their videos, and nearly two years since Google invested more than $100M in YouTube content producers. Despite this financial influx, the quality of content on YouTube has stagnated somewhere between “awful” and “downright terrible.”

Call it the Jenna Marbles paradox, after the top YouTuber profiled in the New York Times earlier this year who, after more than one billion views and millions earned in ad revenue, still makes some of the most amateur videos you can imagine. As she put it, she makes “more money than I need, ever” and yet, if you had no idea who she was and watched one of her million-views-plus videos, you’d think this was the first time she’d ever turned on a video camera.

The same can pretty much be said about the rest of YouTube’s top “talent.” From Shane Dawson to Smosh, it’s almost universally bad content, bad jokes, bad premises, bad production value. I thought the same thing when I signed my first YouTube client to The Collective, in 2007–Dax Flame, a kid who had done millions of views on videos pretending to be mentally challenged. I just naturally assumed that over time, the content would get better, especially as the money poured in.

Check out some of the following videos, selected from top channels, all made within the last few months. Videos like KIDS in JAIL!!, How Guys Sleep, This was the FASTEST selling video game of 2006, Epic Epic Stunt, Ambercrombie & Fitch CEO Is A Dick, TWERKSANITY!!!, all have millions of views and subscribers but about $20 of production value and content investment between the lot of them. Even the best one, from The Young Turks network, could have been made in the studio of a high school media class.

Except the teams producing these videos are earning millions of dollars from it. This is what these people do for a living. As of 2012, there were literally thousands of YouTube partners making more than six-figures a year in advertising checks from Google alone, meaning that this is a damn well paying job to boot. As Benny Luo, founder and writer of NewMediaRockstars.com, a site which tracks YouTube closely, explained, there are “YouTube channels making $80,000-$100,000 per month in ad revenue.”

Yet from what I see, their content has barely graduated from the original formula: webcam + person telling jokes that would get you booed off the stage of any comedy club / songs that no one would dare sing at even the worst open mic nights / low budget skits that would make Michael Scott squirm.

Make no mistake, the YouTube partners are professionals. Just really bad ones.

So, that raises the question: Why?

Why are YouTube videos still so terrible? Why hasn’t video content tremendously improved over the last half-decade? Why hasn’t the infusion of capital translated into quality art?

I ask for two reasons. One is pure fascination: How can someone do this for a living and be so bad at it? Two: YouTube has begun describing its viewers as Generation C–could it be that Generation C is just dumb or has low standards?

My answer is simple: Behind it all is the same old pageview problem we talked about in this column for the last year.

When content is 100 percent advertising supported and there is no paid subscription component, the quality of the content never rises above mediocre. The content may be cute, it may be controversial, it may generate lots of clicks but it will rarely, if ever, be good.

Why? Because there is no one for it to be good “for.” A newspaper supported by a subscription model has a daily reader it must deliver value for. How often have we said to ourselves about anything we subscribe to or pay to access: “$20 a month for this??? What a ripoff.” That is the pressure an old daily newspaper found itself under on a daily basis. If they are charging the reader for access to the content, they knew it must be good. A blog, on the other hand, charges no one for anything and is supported by pageviews so it doesn’t have any clue who it’s producing for–it just cares that it’s getting clicks, period. From who or how is irrelevant. Their only real customers are advertising networks whose demand is simply: volume, volume, volume.

Same, it appears, goes for video. Though many of the top YouTube personalities have more than a million subscribers (a status level that entitles you to a golden “play” plaque from YouTube) their relationship to those subscribers is very different that of television or Hulu or Netflix, where at least some of the subscribers pay in some form or another.

In other words, Generation C and the rest of the watching public are being shortchanged because their entertainers are motivated by bad incentives.

Professional YouTubers measure themselves by view count. The game–and the business–is to get as many views as possible for the channel and that means churning out videos in a low cost, high return model. If the video gets a lot of clicks, it must be good. It is profitable because it generated many ad impressions.

And there are lots of ways to get those clicks–gimmicks, low brow content, click-baity headlines, thumbnail bait, riding the Google wave, etc.–a few of which involve “making great stuff.” In fact, these YouTube pros play the same game as the Huffington Post or Business Insider: publish whatever you can as quickly as possible and have absolutely no compunction about bottom feeding in order to do so.

Google has tried actively to improve content over the years–to encourage producers to make the kind of premium content advertisers want to run with. Paying producers has clearly not had that effect. Like paying bloggers by the pageview, it just made them really good at gaming the system. Investing $100M in new channels didn’t work either–almost none of those new channels achieved success.

But now, I think there is reason to be hopeful. Google and YouTube have announced the launch of a subscription program where users actually pay for the content they are receiving. It’s only a little bit of money and a few channels right now (about 30 channels between .99 and $2.99). But it bodes well for the future of what should and could be a valuable source of art and culture.

It means we may be entering the next era in online video–one driven by subscription and therefore mutual value exchange rather than endless pandering and fighting for attention. An era that will hopefully have a much, much higher bar.

When someone like Jenna Marbles or Ray William Johnson actually take money from their fans, perhaps they will be obligated to innovate and grow. Or at least the producers who do produce content worth paying for will rise to the top. Perhaps with the luxury of guaranteed monthly income from subscribers, they will treat content production like a business and stop making videos from their living room on their laptop. Like any television program, they’ll know what each episode is “worth” and hopefully try to push that number higher by investing in the production of the content accordingly (as opposed to pushing what it costs lower and lower).

All mediums get professionalized at some point. Bloggers get book deals and then they start to care about typos and accuracy and writing something that will last. Television used to run crappy series sponsored by consumer products and defense companies, but now we live in a golden age of amazing TV.

It remains to be seen if the same will happen to online video. One thing we know for sure is that it can’t get any worse. 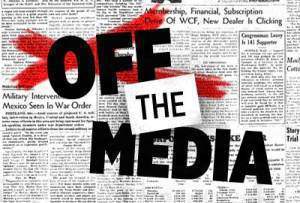