Last week, on the greasy, grimy shores of Lake Erie, the doors of a shabby house opened to reveal a “house of horrors.” Ariel Castro, a musician and layabout, had abducted three girls, turning them into sex slaves who, thanks to padlocks, chains and beatings, remained under his total control for around 10 years.

The globe reels in revulsion, while the Doctor Drews of the media world swarm us with words like “resilience” and “recovery.”

If past is prologue, there will be lots of that talk and less about the mind of the monster. And that’s too bad, because it appears that Mr. Castro’s lifetime impunity as a wife-beater tells us more about how to protect young women than anything we can learn from tales of female resilience in chains.

While investigators log grisly details and build a death penalty case against Mr. Castro (for DIY abortions accomplished by starving and kicking the pregnant), a team of Reuters reporters led by Mary Wisniewski has turned up details about how the local justice system repeatedly blew off the terrorized wife of the woman-hating monster of Cleveland.

The late Grimilda Figueroa’s life was nasty and short. Married to Mr. Castro and the mother of his four children, she died in April 2012 at the age of 48, from what the coroner deemed an accidental overdose of the painkiller oxycodone. Her youngest daughter, Emily, is in jail herself for trying to kill her own baby by slashing its throat.

Incredibly, the Cleveland cops and courts knew all about it.

At various times over 16 years, Mr. Castro shoved his wife down stairs, broke her ribs and nose, dislocated her shoulder, locked her in their house and forbade her from using the phone, according to relatives who have talked to reporters. She went to the hospital on several occasions. One family member compared Mrs. Figueroa and her children to hostages in their own house.

Her calls to police began in 1989, and the last came in 2005, three years after he had allegedly kidnapped the first of three young women. Even though her case was serious enough to warrant unofficial guard protection at the hospital and a private detective, Mr. Castro was never sent to jail.

In 2005, while the first abductee was already padlocked in Mr. Castro’s house, Ms. Figueroa told police her husband had threatened to kill her and her children and had “abducted” the children. Instead of taking the word of a repeat victim and finally arresting her abuser, the Cleveland cops fobbed her off, telling Ms. Figueroa it was a case for the county cops.

When she asked for a civil order of protection from the courts, she didn’t receive one because her lawyer failed to show up. Incredibly, a woman who had been hospitalized for injuries received at the hands of her husband needed a lawyer to get an order of protection.

Ms. Figueroa had hired the best legal advice her money could buy: an attorney whose law license had been suspended twice before she hired him. In 2011, he was disbarred. Ms. Figueroa gave up trying to get the order when the lawyer advised her that she would be “at a severe disadvantage” if she pursued her case without him, Reuters reported.

Had Ms. Figueroa won an order of protection, when Mr. Castro violated it—as he surely would have, based on his modus operandi —police might have gone to his house and found his caged prey. 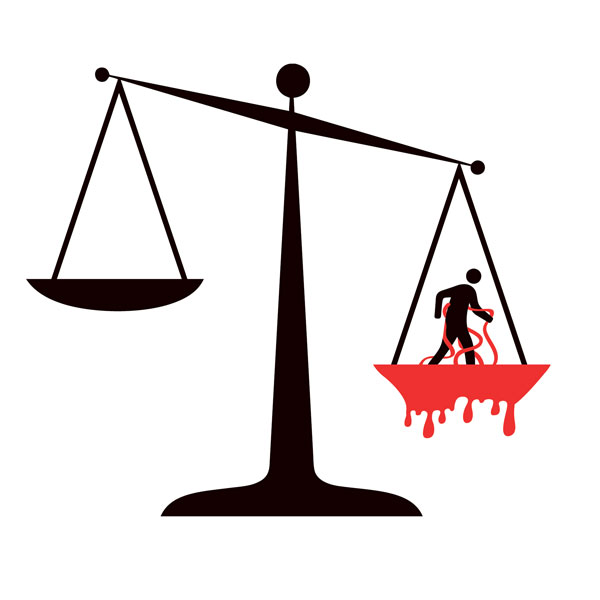