JERSEY CITY – Punishment would be meted out behind closed doors, not amid the noisemakers of Election Night.

The post-May 14th remnants of the Hudson County Democratic Organization (HCDO) huddled inside Puccini’s awaiting the arrival of the most obviously strong one of the bunch a week and change after Steve Fulop leveled the HCDO-backed Jerry Healy.

A black sedan with government plates finally lurched up to the restaurant in the rain. A door opened and North Bergen Mayor (and 32nd District Senator) Nick Sacco alighted on the sidewalk with a pair of wingmen.

“Hudson must support Hudson,” said Sacco when PolitickerNJ.com asked him if he backs Assemblyman Jason O’Donnell (D-31) for the chairmanship of the Democratic State Committee.

“I support O’Donnell for state chair and I support (Democratic Gubernatorial candidate) Barbara Buono making her own pick,” said the Hudson power broker. “When it’s a Hudson guy, I back him. Hudson backs Hudson.”

An operative heard the remark and put his head in his hands.

“Sacco just kneecapped Mark Smith and he says he’s okay with O’Donnell as state party chair,” the operative told PolitickerNJ.com. “That’s Nick’s way of saying as long as the guy stays out of Hudson he backs the guy from Hudson.”

Indeed, after Healy and compamy, O’Donnell’s chief ally, HCDO Chairman Mark Smith was the most obvious political casualty of last Tuesday’s election. He also showed up tonight at Puccini’s for U.S. Rep. Albio Sires’s (D-8) fundraiser, clapped some backs, and was out the door.

O’Donnell made the rounds, too.

Assemblyman Joe Cryan (D-20) was briefly in the room.

But Weehawken Mayor Richard Turner announced Smith as “Bayonne Mayor,” not HCDO Chairman, and that’s because many of these men sat together a few nights ago and decided Smith was out and Sacco’s chief ally, Assemblyman Vincent Prieto (D-32), would be the next party chairman.

It hurt the friends of Healy left standing with a collective case of buckling knees.

But when it came to Smith, it wasn’t just the loss in Jersey City. When he dissed U.S. Rep. Donald Payne (D-10) in the 2012 Democratic Primary, he made a political enemy of Essex County Executive Joe DiVincenzo at precisely the moment when U.S. Sen. Bob Menendez (D-N.J.) was trying to finesse the powerful – and powerfully attached to Gov. Chris Christie – county executive.

Menendez was up for re-election, and didn’t need Joe D. opening a new raptor cage at the environmental center with Christie (and state Sen. Joe Kyrillos) at his side days before the November election. Menendez ripped Smith on the telephone. “What are you doing to me?” he wanted to know, or words to that effect. Why was Smith backing Nia Gill for Congress over DiVincenzo’s preference, Payne?

Why make trouble for no reason?

Smith is a cop from a big Irish/Italian American family. He didn’t simply weather Menendez’s verbal beat down.

The conversation was ugly.

So when Fulop – who backed Payne and forged a friendly cross-the-river relationship with DiVincenzo – demonstrated the HCDO’s decrepitude last week with his lopsided win over Healy, the mayor-elect’s political designs dovetailed perfectly with Menendez’s.

It was the perfect rallying point for two men who once ran against each other, Fulop under the auspices of then Jersey City Mayor Glen Cunningham, Menendez’s dedicated enemy.

Sacco just wanted what was right: reward for being the strongest warlord left in the HCDO, who two years ago started crafting a behind-the-scenes partnership with the mayor-elect.

Neutral in the Healy-Fulop contest and a cruise control winner in his last election, Sacco agreed to Fulop field operative Tommy Bertolli – an old Sacco foe turned wary ally – as the new executive director of the HCDO as long as Prieto could be the top man.

That left Sires in the awkward position tonight of trying to project enthusiasm at the head of a room whose leader has just been told he’s finished.

“It’s a difficult night,” the congressman admitted, “and you always have been very supportive. It means a lot to me that you are here.”

The difference between Smith and Sires post-Healy may come down to one man: the sitting U.S. Senator, who has no reason to banish the congressman to whom he deeded his old 13th District seat.

Sires, in fact, vociferously defended Menendez during the latter’s hooker headline fiasco last year, a story that now has the FBI trying to find the mastermind behind a smear campaign that Menendez’s political allies are convinced would have psychologically ruined someone less stout.

Traveling in Israel, the senator’s state director, Mike Soliman, was introduced behind a string of adjectives, including “illustrious.”

That table would have been empty if someone wanted to send a finger-across-the-throat message to Sires from DiVincenzo – the same message Smith got earlier this week.

But even Sires’s closest allies sweatily admitted the elusiveness of a big chunk of that demographic Fulop seemed to galvanize by the looks of his own euphoric outfit on Election Night last week: youth. 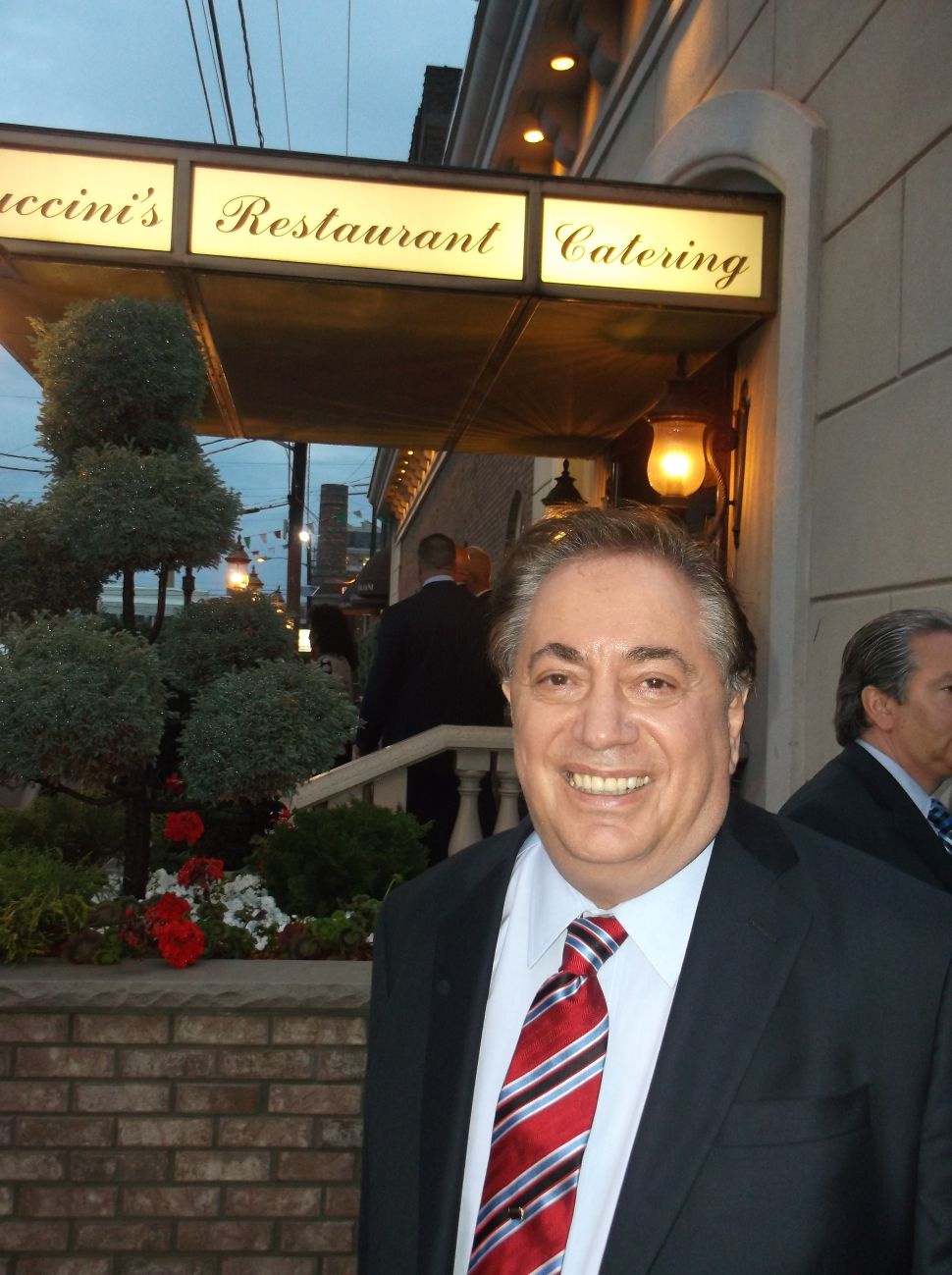