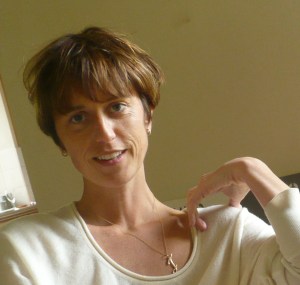 Jessica Morgan, who will act as president of the International Jury. (Courtesy the Venice Biennale)

Venice Biennale officials have announced the five members of the International Jury, which will determine the recipients of the coveted Golden and Silver Lion prizes at this year’s exposition. The jury, which will be led by Jessica Morgan, the Daskalopoulos Curator of International Art at Tate Modern, will also include Sofía Hernández Chong Cuy, the chief curator of the 9a. Bienal do Mercosul in Porto Alegre, Brazil and curator for contemporary art at the Colección Patricia Phelps de Cisneros in New York and Caracas, Francesco Manacorda, who was recently appointed artistic director of Tate Liverpool, Bisi Silva, founder and director of the Centre for Contemporary Art in Lagos, Nigeria, and Ali Subotnick, curator at the Hammer Museum in Los Angeles.

The jury, whose members were proposed by Massimiliano Gioni and approved by the Biennale board of directors, will award the Gold Lion for best national participation, the Gold Lion for best artist in the international exhibition “The Encyclopedic Palace” and the Silver Lion for a promising young artist in the exhibition on opening day—June 1—at 11 a.m. at the Giardini of la Biennale.